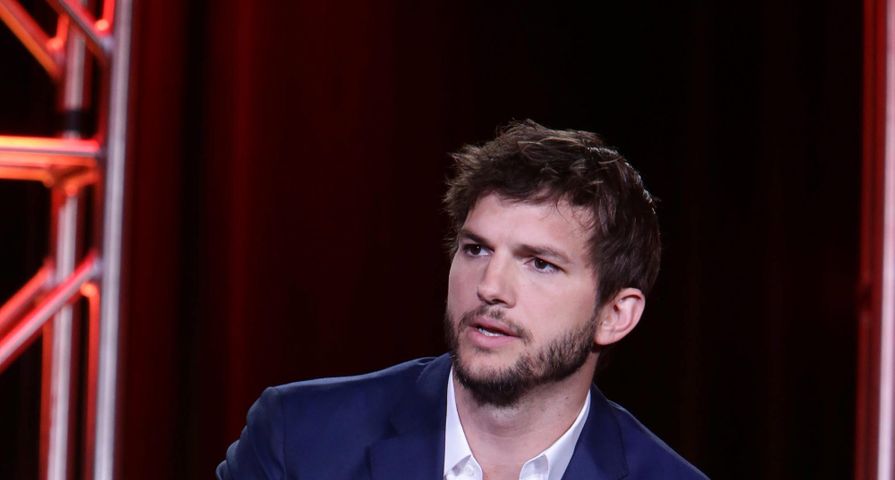 Ashton Kutcher and Mila Kunis have been very successful at keeping their daughter out of the spotlight since welcoming her in October 2014. Kucther had no problem giving updates however on his now 17-month-old while on The Ellen DeGeneres Show on Wednesday, March 2, revealing at this stage she “loves dancing.”

“I mean, if I sing, ‘the wheels on the bus go round and round’ she loses it. That’s her thing! She just loves when the wheels go round. We go to the playground and she goes on the steering wheel… and the wheels go round and she gets excited,” the 38-year-old dad gushed. He also said that Mila has been encouraging Wyatt’s love of dancing, even teaching her all the new moves. “She’s developing. She likes to whip and nae nae, too. She does! I think she thinks she’s doing it… Mama taught her that.”

Kutcher also joked about accident prone and adventurous toddlers are, which is terrifying him. “The first year you spend just trying to keep them alive, and then after that you hit a point where your job is to keep them from killing themselves… She doesn’t realize that that’s a cliff and that can be dangerous. But you think that [babies] would come with instincts around fire and large falls and they don’t. I don’t understand how prehistoric man lived.”

He also opened up about his super private wedding to Mila back in mid-2015, saying it was “a ninja effort” to keep it a secret. “We really didn’t want helicopters at our wedding and it’s a legitimate concern. I was posting things on social media that were in different locations to avoid that. We didn’t want to be screaming our vows at each other. And being like, ‘Forever! Did you say never!?’ We didn’t want to do that thing, so we went really under the radar with it. It’s hard to do, because somehow word always leaks out, no matter how careful we all try to be.”