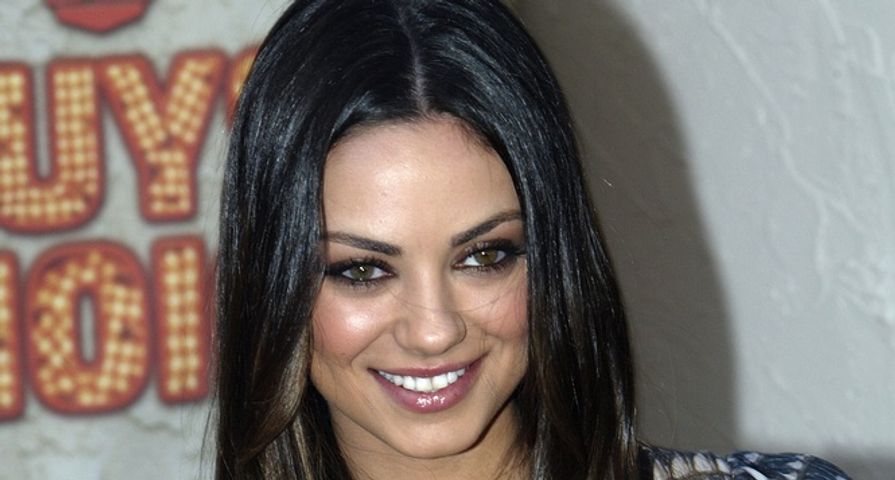 10 Things You Didn’t Know About That ‘70s Show
CarlaVanWagoner / Shutterstock.com

When Ashton Kutcher and Mila Kunis bring a child into the world, we all expect that child to be adorable. Baby Wyatt doesn’t disappoint. She’s already got a little mix of mom and dad in the aesthetic department, which no one would suggest as a bad thing.

Wyatt is a great name. There’s nothing like suggesting that your daughter is going to be strong, and possess a slice of bad**, than giving her the name of one of the famous lawmen of the wild west. Everyone has been hoping to see a good shot of Wyatt since her birth, and the doting parents offered what we desired through a little flair.

Ashton started the fun by posting eight photos of various babies, and a couple animals on his website, asking everyone to guess which baby was theirs. With the release of US Weekly, we all got the answer, and were able to ooh and ahh at the swaddled Wyatt Isabelle Kutcher.

In the first week of Wyatt’s life, the new family has been very busy. There have been lots of cuddles, feeding sessions, diaper changes, swaddling sessions and even a spiritual blessing. Yes, the rumors are true. Demi Moore even dropped by to offer her well-wishes to the new parents, and express some love to baby Wyatt. Just one more reason to call it Hollyweird.

What’s next for Wyatt? Lots of feeding. Probably lots of dad acting like a doof hoping for smiles. Lots of baby sauce poos, and very little sleep for Ashton and Mila.

To see the baby reveal, check out the video below.

Update: Click here to see the first REAL pic of Ashton and Mila’s baby from their holiday card which was leaked on social media!