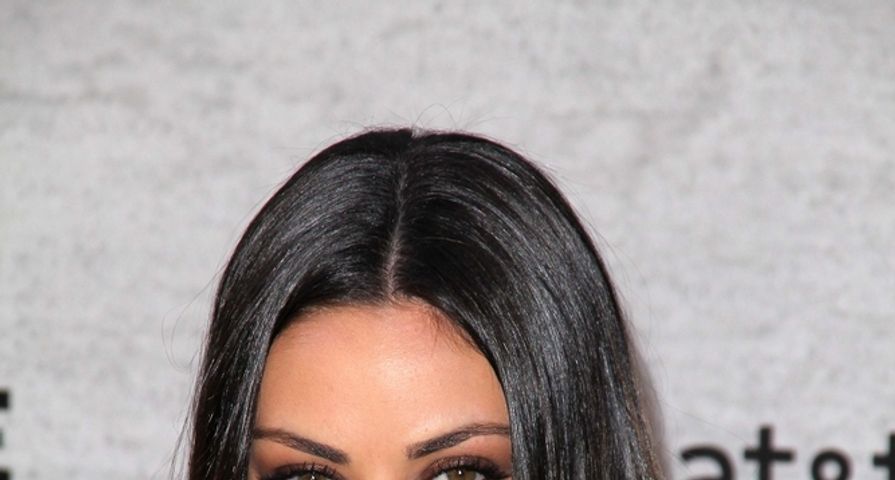 These two: It’s too much cute–seriously. Ashton Kutcher and Mila Kunis are that couple that you cheer for–that couple you want to see stay together. And they are well aware that we all feel this way. They’re so aware, they made fun of us all when Mila guest-starred on an episode of Two And A Half Men this week.

No personal or professional reference was left un-turned when Mila Kunis guest starred as a character named Vivian on Two And A Half Men. The writers undoubtedly enjoyed piecing this episode together, as they were allowed carte blanche in breaking all the rules of “good television writing.” And by doing so, they left fans of the show–and fans of Ashton and Mila–with smiles on their faces. Kudos.

Ashton and Mila present a comfort in their relationship that draws interest from all those who watched them on That 70s Show for nearly a decade. We’ve all pined for them to be together in real life, and now that it’s happening, they’re making fun of us… and we love it all the more. That’s the slant they took on Two And A Half Men, and they really turned the screws in the process. Basically, they called out the public’s adoration and interest in celebrity relationships as silly.

They were right on for hammering their slant. Why do we care about about who is dating whom? Or if celebrities get engaged? Why should we care? Because it’s Jackie and Kelso! That’s why! Maybe if Ashton and Mila weren’t so damn charming we wouldn’t care–but we do.

To see a few funny highlights from Mila’s guest appearance, check out the video below!