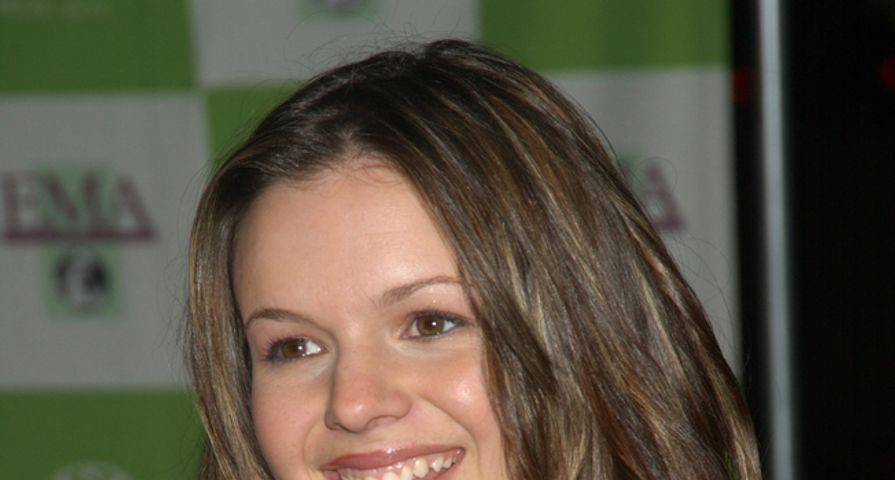 Amber Tamblyn has a new book out — and she’s spilling some big celeb secrets while promoting it!

The Sisterhood of the Traveling Pants actress, 31, was talking about her new poetry book Dark Sparkler on VH1’s Morning Buzz Live when Nick Lachey asked her about a few juicy rumors in a segment called Fact Check.

First, Amber admitted that she told another actor to go “f— himself” during an audition in front of Two and a Half Men creator Chuck Lorre. Then, she admitted that she once woke up in her friend Amy Schumer’s apartment after a particularly crazy dance party night with hot sauce all over her face and a mysterious shoe in her purse.

Then, Nick asked Amber about James, the much-discussed baby of Blake Lively and Ryan Reynolds. Blake has stayed in touch with all of her Sisterhood of the Traveling Pants cast members, which also include America Ferrera and Alexis Bledel.

Apparently, Blake asked them all to be godmothers to the new baby, who was first rumored to be called Violet before it was confirmed that the chosen name was James.