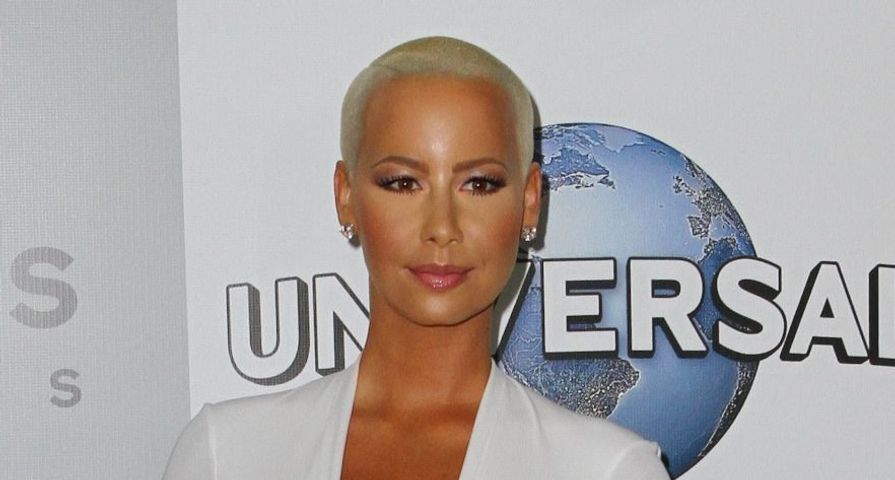 Only one month ago model Amber Rose, 31, and reality star Khloe Kardashian were locked in a pretty vicious social media feud but in a recent interview with Entertainment Tonight, Rose took the opportunity to clear the air about what was said:

“I don’t hate Khloe. I don’t hate her! I can understand why it came across the wrong way to her, I get it, but that’s a phone call she could have had with me. She didn’t have to tweet 11 times and try to humiliate me.”

The drama all started after Rose commented and criticized the apparent relationship between Khloe’s 17-year old sister and 25-year old rapper Tyga who happens to be the ex and baby daddy of one of Rose’s good friends, Blac Chyna.

Afterwards, Khloe responded by talking about Rose’s past as a stripper which sparked a fire that included Rose attacking Kim Kardashian’s sex tape, which she brought up again.

“The only reason these girls have careers is because their older sister had a little fun on tape, let’s be realistic. Which I never, ever hated on that. I’m all for a woman making something out of nothing. If you can do something and bring your entire family on and make millions of dollars, that’s dope to me. I love that.”

She went on to say the only reason she spoke about Kylie’s situation with Tyga is because of her own personal experience: “This is the thing, because I was a dancer at a very young age — yes, I could have totally minded my business when it came to her younger sister and her relationship — dealing with older men gave me the humility and knowledge to speak on such a subject.”

While Rose maintains they don’t hate each other, we still don’t expect her and Khloe to be catching up over lunch any time soon.

Watch part of Rose’s interview below!