Alex Pettyfer Talks Feud With Channing Tatum: He ‘Does Not Like Me’ 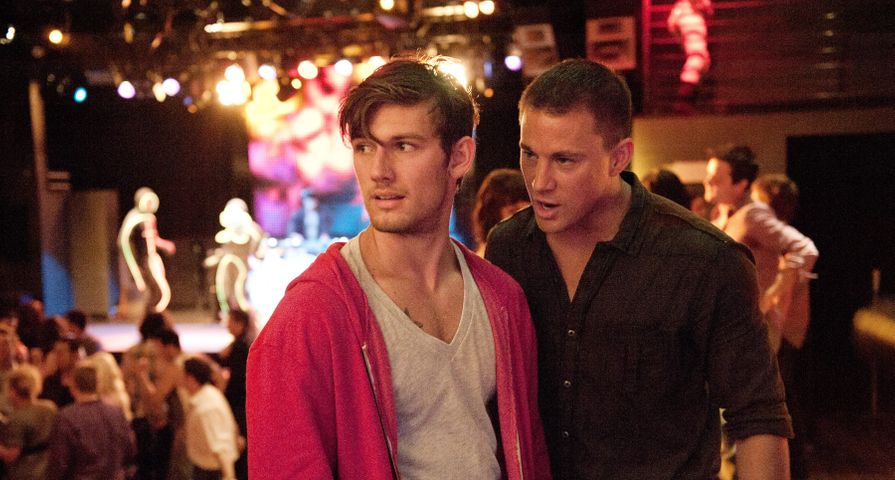 It was pretty obvious to everyone something was off when Magic Mike star Alex Pettyfer wasn’t cast in the sequel Magic Mike XXL, and now Pettyfer is actually speaking out about the feud between himself and star, Channing Tatum. In an interview with Bret Easton Ellis on his podcast B.E.E., he said that the two definitely had a bad falling out, but did add that a lot of it was his own doing.

“It’s true,” he said of their bad relationship on set. “Because Channing Tatum does not like me – and for many reasons [and] many being my own fault.” At the time of the filming oof Magic Mike, Pettyfer was well on his way to earning a bad boy reputation and because of that he was viewed differently on set. “I didn’t speak to anyone. I was scared to speak. I actually did my work and I sat in the corner and listened to music because I had been told that anything I do is wrong by my reps.” He added, “I was very insecure as a human being and that also gave me a bad rep because they said, “Oh, Alex thinks he’s f–king better than everyone else because he doesn’t speak to anyone,’ and that’s not true. I was just genuinely nervous and scared to be myself. I was in character.”

At the time there were already rumors that Tatum thought Pettyfer was a “jerk” and “diva on the set,” but the 25-year-old said things got really bad between himself and the star when he failed to pay rent to one of Tatum’s friends who he was staying with at the time. He claims he was allergic to something in the apartment and didn’t pay the rent, and then forgot to after leaving because his cousin died. “They asked for four months rent, which in hand I should have paid there and then. What happened was my cousin passed away…I was devastated…and forgot about the situation which was the apartment.” That is when Tatum got directly involved. “And I all of the sudden got a very negative email from Channing, rightfully so, saying ‘Don’t f–k my friends. You owe money. Pay the f–king money. Don’t be a clown.’ And I really took that the wrong way, which I shouldn’t have, and emailed him back and said, ‘Listen, I’m in a really negative situation, negative head-space could you respect me for a moment… and by the end of it I just basically said, ‘F–k them. What is money when life is so much more. I’m not dealing with this and I’m not paying. And I should have just paid.”

By the time reshoots happened, Tatum was telling everyone that he didn’t like Pettyfer and “what Channing says goes because he’s a movie star.”

Regardless, Pettyfer in no way regrets the film, stating, “Channing was actually an incredible influence on me because after this whole situation happened – this was kind of the end of my immaturity and all my experiences put into one – and Steven Soderbergh was a huge part of that as well and I owe my life to that man,” he says. “It was an incredible experience making Magic Mike. I wouldn’t replace it for anything.”