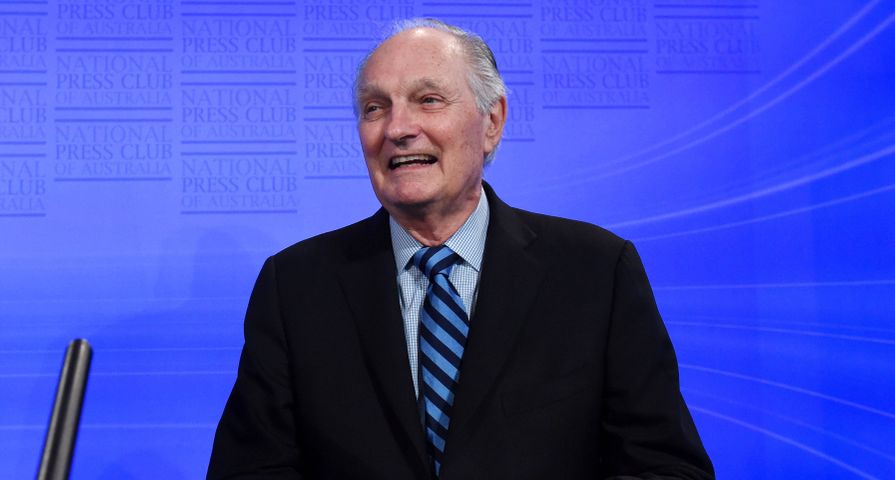 Beloved M*A*S*H actor Alan Alda is opening up for the first time about his battle with Parkinson’s disease.

The 82-year-old star appeared on CBS This Morning on Tuesday, July 31, where he revealed he was diagnosed about three and a half years ago, but hasn’t let it get him down. “I’ve had a full life since [my diagnosis],” he said. “I’ve acted, I’ve given talks, I help at the Alda Center for Communicating Science… It hasn’t stopped my life at all. I’ve had a richer life than I’ve had up until now.”

The actor, who portrayed Hawkeye Pierce on the classic series, and three years ago starred in the film adaptation of Nicholas Sparks’ The Longest Ride three years ago,also explained that he decided to go public with his diagnosis after noticing that his thumb had begun to twitch in interviews and knew before long many were going to speculate about his health.

He also revealed that he decided to get the scan because of dreams he was having, “I was having a dream that someone was attacking me and I threw a sack of potatoes at him but what I was really doing was throwing a pillow at my wife,” Alda explained, noting that he had read an article that such actions were an early sign of Parkinson’s. However, he didn’t begin experiencing symptoms until months later, with his thumb twitches.

“I said, ‘I want to know if there’s anything I can do. I want to do it before things start to show up,’ ” he said. “You still have things you can do. I’m taking boxing lessons three times a week. I do singles tennis a couple of times a week.”

“What’s interesting is this is a disease that’s different for almost everyone who has it,” he pointed out, also noting that individually, “each day is different from the next.”

“You don’t know what it’s going to be,” he said. “But the main thing is there’s stuff you can do.”

He added that it hasn’t been difficult for him to remain positive despite the diagnosis, “What do I have to adapt to carry on a normal life?” he said. “I enjoy solving puzzles, it’s really fun. I’m not angry. It’s a challenge. You’ve got to cross the street, there are cars coming. How do you cross the street?… You find a way to do it.”

“I think my saying something about it publicly today is going to make one thing a little easier: I’m not going to worry that while I’m trying to say something, I’m not going to be thinking, ‘Is my thumb on a life of its own?’ “