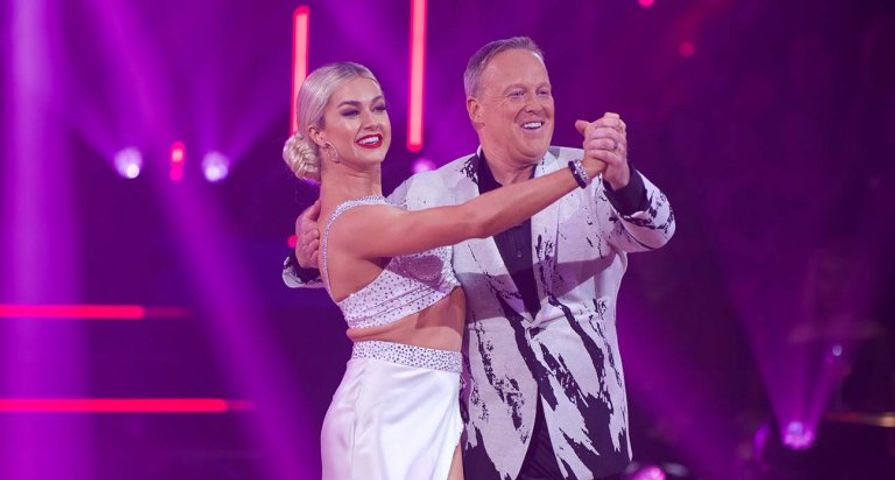 ABC is defending its choice of casting Sean Spicer on Dancing With the Stars season 28.

“It’s a ballroom dancing show, it’s not a political show, and I think the contestants came with the spirit of that,” Burke told reporters. “Ultimately, this is a show in which the audience votes and the audience voted [to keep Spicer].”

Spicer made it to the top five on Dancing With the Stars despite receiving poor scores each week. News of his casting sparked controversy since the beginning, with host Tom Bergeron who spoke out publicly about how he disagreed with the decision to include celebrities involved in politics this season.

Bergeron posted a statement to Twitter where he revealed that he told the new executive producer of the show that he looked forward to a “joyful respite from our exhausting political climate and free of inevitably divisive bookings from any party affiliation” before the new season began, yet they decided to go in a “different direction.”

Following Flannery’s elimination in November 2019, the show’s judges Carrie Ann Inaba, Len Goodman and Bruno Tonioli all expressed their frustrations at the former White House press secretary remaining in the dancing competition. Spicer continued to cause more controversy as he beat out more talented celebrity dancers like Karamo Brown.

“It’s disappointing to see people go home like this week after week, and Sean is staying in, but it’s always been a partnership between the judges and the people. That is what Dancing With the Stars is. I can’t get too mad, but yeah, I’m a little frustrated,” Inaba said at the time.

“These people who are voting just to spite us or whatever reasons they’re having in their heart – listen, I respect you, but how about having a little respect for the people who are working their butts off dancing?” she added. “This is a dancing competition. It’s nothing else. It’s supposed to be about the best dancer. Put it where it counts!”

Goodman added on to Inaba’s sentiments with: “The biggest disappointment is there’s so many really good dancers gone. You know, from week three or something when Sailor [Brinkley-Cook] went, and on and on, yeah, I don’t like it. It’s a bad vibe, but it’s the show, that’s how it goes. We say what we think, the viewers give their opinions and que sera sera, what will be will be.”