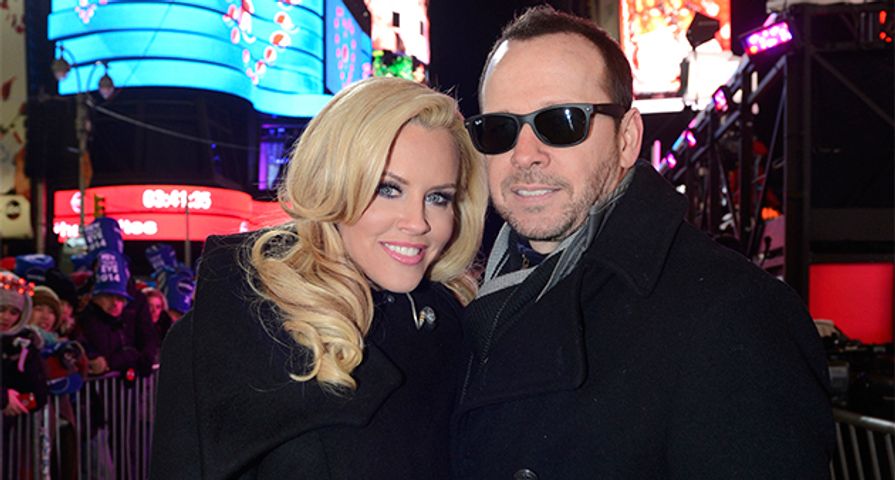 McCarthy recounted how the New Kids on the Block member involved her 11-year-old son Evan in the proposal.

McCarthy quickly figured out what was going on.

“And then Evan came back with a card that said “Marry” — but spelled wrong. It said M-A-R-Y,” she continued, laughing. “And then the last time, Donnie came out with Evan and Donnie’s shirt said ‘Me’ with a question mark.”

She added, “Of course, I said ‘Yes.’ In that moment Evan yelled, ‘I have another dad!’ and it made all of us cry and I feel like the luckiest girl in the world and he’s so wonderful.”

The two have been dating since last summer; they’re thinking of either getting married in August, or stretching the engagement out until next year, McCarthy said.

View creator Barbara Walters then offered to host the nuptials in her New York City apartment, but quipped that they’d have to find another location for the honeymoon.

McCarthy was previously married to actor/director John Mallory Asher, who is the father of her son. They divorced in 2005; later that year she began dating Jim Carrey. They split in 2010.