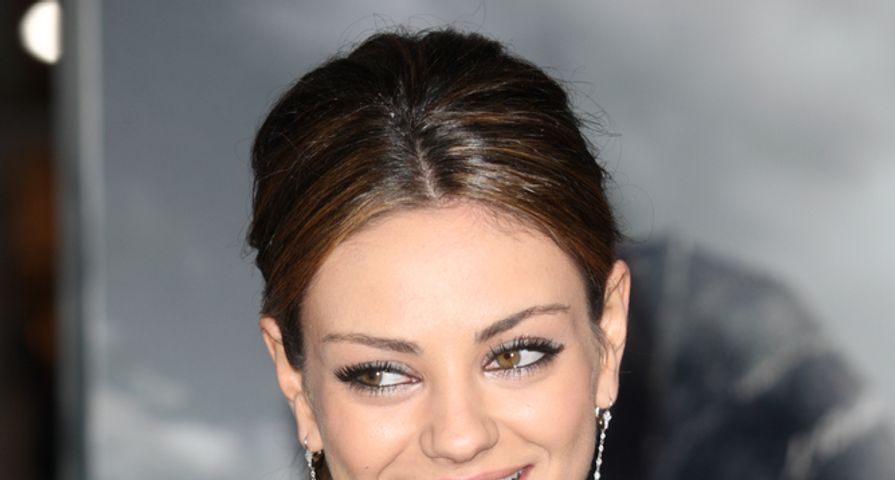 MILA KUNIS and ASHTON KUTCHER will poke fun at their off-screen relationship when they team up on hit TV comedy TWO AND A HALF MEN.

The Black Swan star, who is rumoured to be engaged to Kutcher, has landed a guest spot on her partner’s show, and it features a chat that prods at their real-life romance.

In a teaser for their TV showdown, which debuts next week (10Apr14), Kunis’ character shares a take-out Chinese meal with Kutcher’s Walden Schmidt and says, “I bet you only date hot actresses,” to which he responds, “God no, I’d never date an actress. They’re all crazy.” When Kunis responds, “I’m sure they’re not all crazy,” he replies, “Trust me, they are”. The actress gets the last laugh when she jokes, “Who cares who’s dating whom, or who’s engaged to who, or who has a sex tape that no one will ever, ever see!”