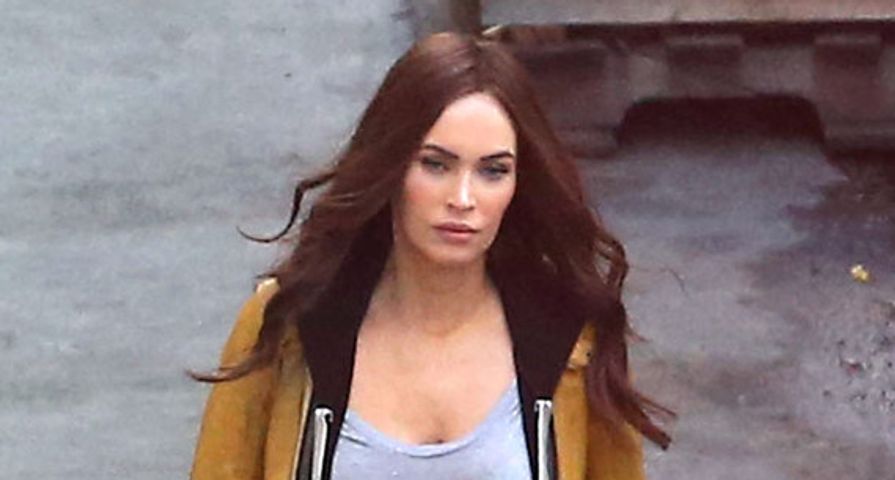 Megan Fox is back at work on the set of “Teenage Mutant Ninja Turtles,” seven weeks after giving birth to her son, Bodhi.

Fox was photographed on the “TMNT” set with co-star Will Arnett in Los Angeles on Tuesday, April 1. The 27-year-old — who gave birth to her second child with husband Brian Austin Green on Feb. 12 — wore tight jeans, a T-shirt and a zip-up hoodie to get into the role of April O’Neil.

“She’s a kick-ass April,” Arnett told IGN. “Megan did such a great job. There are some great sequences that she has and that we both have together that are really high octane where we’re fighting all sorts of bad dudes.”

Geeks of Doom reported the Michael Bay-produced flick is currently in reshoots, but the August 2014 release date won’t be affected.