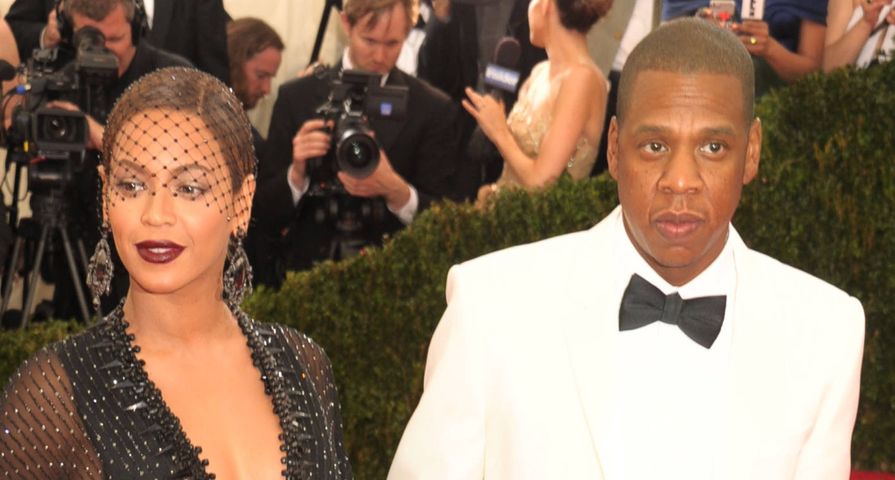 BEYONCE and JAY Z put on a united front at a basketball game on Monday night (12May14), just hours after video footage of the rapper’s alleged fight with sister-in-law SOLANGE KNOWLES leaked online.

Following last week’s (05May14) Met Gala in New York, Beyonce’s younger sister reportedly became embroiled in an explosive altercation with the 99 Problems hitmaker in an elevator at The Standard Hotel, and surveillance video footage of the drama was obtained by TMZ.com.

In the clip, Solange appears to punch and kick her brother-in-law as a bodyguard attempts to restrain her. At first Beyonce stays out of the fray, but then steps between her sister and her husband and appears to attempt to calm her sibling down.

While representatives for all three have yet to comment on the matter, Beyonce and Jay Z were spotted courtside at the playoff game between Miami Heat and the Brooklyn Nets. The pair smiled and showed no signs of trouble, happily chatting with NBA pro LeBron James while he took a quick break from the match.

Meanwhile, bosses at The Standard Hotel are investigating how the security camera footage made its way into the public domain. A statement from management reads: “We are shocked and disappointed that there was a clear breach of our security system and the confidentiality that we count on providing our guests. We are investigating with the utmost urgency the circumstances surrounding the situation and, as is our customary practice, will discipline and prosecute the individuals involved to our fullest capacity.”

Check Out The Footage Of The Fight In The Video Below: