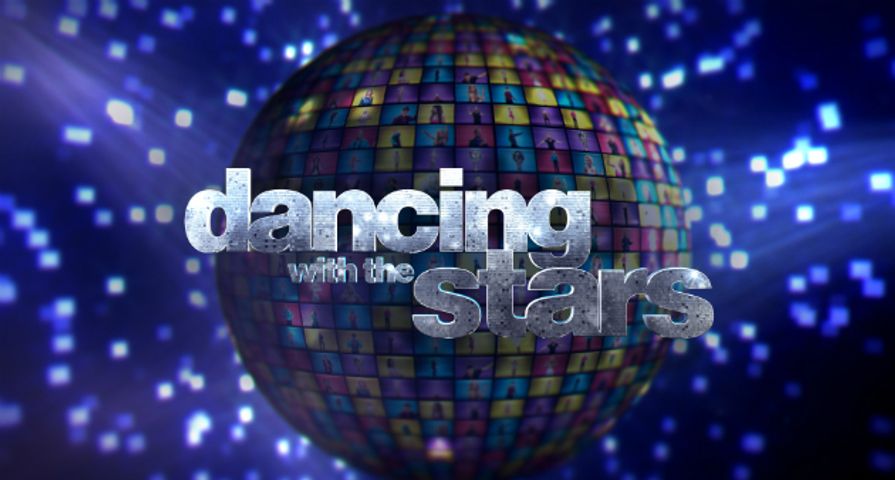 (LOS ANGELES) — It was “My Jam Monday” on ABC’s Dancing with the Stars. The twelve celebrities and their pro partners performed a dance to their “favorite jam.”

When the night ended, actress Lea Thompson led the pack with 35 points from the judges, while NASCAR driver Michael Waltrip trailed the celebrity pack with 24 points.

The couples each danced one routine and received scores from the four-judge panel. They will also earn votes from viewers. The couple with the lowest combined total of judges’ scores and audience votes will be eliminated on Tuesday’s results show.

Olympian Lolo Jones became the first to be voted off the season when she was eliminated last week.

Randy Couture: The mixed martial artist and actor performed a cha-cha to “(I Can’t Get No) Satisfaction.” The performance earned him a standing ovation from the studio audience but mixed reviews from the judges. Head judge Len Goodman said the performance was “a lot of fun” and put him in a really good mood, and Bruno Tonioli said he liked Couture’s hip action and energy but noted his performance needed to be tidier. Julianne Hough thought the performance was “a great way to start off the night,” adding that it was “really fun,” but Carrie Ann Inaba said she was a little disappointed in the performance, adding that she felt it was “a little underwhelming.” Couture earned four 7s for 28 out of a possible 40 points.

Janel Parrish: The actress’ foxtrot, set to “Call Me Maybe,” drew favorable reviews from the judges, including from Tonioli, who said: “For me, it was almost perfect.” Inaba agreed and added that she was impressed with Parrish’s versatility. Goodman said he would have liked to see more of the routine take place in hold but said Parrish can “really dance.” Added Hough: “Well, that wasn’t really a traditional foxtrot but I say screw tradition, because I loved it!” Parrish earned two 9s and two 8s for a total of 34 points.

Lea Thompson: The actress’ jive drew raves from the judges. Goodman said Thompson’s performance was “terrific,” while Hough said Thompson gave her “chills” more than once. “There is something so feisty about you…you held your own completely,” she said. Tonioli mentioned Thompson’s “incandescent appeal” and said she had star quality and great technique, while missing a “tiny little pass.” Inaba said it was “so exciting,” and she was so enthusiastic in her praise that she fell off her chair. Thompson earned three 9s and an 8 for a total of 35 points.

Michael Waltrip: The NASCAR driver’s samba — performed to “Girls in Bikinis” -– entertained the judges but they didn’t see a great deal of technique. “Michael, the world needs more of what you got because all you are is just joy,” Inaba said. “You are so lighthearted, you don’t take yourself seriously…however I didn’t see much of a samba.” Goodman called the performance “wild and wacky” and said he liked it. Hough said he mastered the hip rolls but need to work on the rest, and Tonioli theorized that Waltrip may have been distracted by his bikini-clad dance partners. Waltrip earned four 6s for 24 points.

Tavis Smiley: The talk show host had a busy week with his book tour and he wondered whether his disco-inspired cha-cha to “Boogie Wonderland” would suffer, and some judges felt it did. Goodman said the performance needed more cha-cha content and better footwork, and Tonioli said Smiley needed to be lighter on his feet, although he added that he “liked the vibe.” Hough felt Smiley delivered despite the tough week, but Inaba disagreed with her fellow judges, saying: “I don’t think you performed bad at all…” She said he was “a little off” but she was impressed. Smiley earned four 7s for 28 points.

Alfonso Ribeiro: The judges like the actor’s charisma, but said his samba — set to “Gettin’ Jiggy Wit It” — needed more samba content. “It was a solid performance; not your best,” Inaba said. Hough and Goodman said they wanted Ribeiro to display more ballroom style, and while Tonioli praised Ribeiro’s feel for the rhythm as being “unique and extraordinary,” he agreed. Ribeiro earned four 8s for a total of 32 points.

Bethany Mota: Dancing the foxtrot set to “All About That Bass,” the YouTube star earned praise from the judges. Tonioli said he liked the little details of the routine and said Mota did it very well. Inaba said Mota was starting to tell a story though dance, calling the routine “really wonderful.” Hough said it was “awesome,” and Goodman offered high praise when he told Mota: “That’s a great number. The best I’ve seen tonight!” Mota earned three 8s and a 9 for a total of 33 points.

Betsey Johnson: The fashion designer’s prop mishap landed her at the bottom of the leaderboard last week, but Monday’s routine – an elegant foxtrot set to “Girls Just Want to Have Fun” – earned her cheers from her fellow dancers and the ballroom audience. Inaba called Johnson “exquisite,” telling her “you danced beautifully.” Goodman said: “Last week was a night to forget. Tonight is a night to remember…lovely dancing, Betsey. I’ve never seen you look so great…” Hough called it elegant, beautiful and timeless, while Tonioli called Johnson the “glamor queen of the night.” The judges awarded Johnson four 7s for a total of 28 points.

Antonio Sabato Jr.: The judges told the actor that his rumba set to “Adorn” represented a significant improvement over his performance in last week’s show. Inaba said his subtlety was “the right approach,” and while pointing out that he needed to watch the way he held his arms, said the routine was “sexy” and “smooth.” Tonioli said the routine was never forced, and Goodman said Sabato Jr. was better than he was last week. Added Hough: “There was something that was so natural about that. It wasn’t melodramatic and it could have been so…I’m really, really impressed.” Judges awarded Sabato Jr. three 8s and a 7 for a total of 31 points.

Tommy Chong: The comedian’s spry salsa – set to “Higher” – earned him high praise from the judges. Tonioli said Chong, 76, was an inspiration “because you’re really proving that age is a state of mind.” Goodman said the routine provided an overdose of fun, adding: “Seventy-six, still working your assets. Well done!” Inaba called Chong “the big kahuna” and Hough said she could only describe the routine using f-words such as “fast,” “funny,” and “effing fabulous.” Chong earned four 7s for a total of 28 points.

Jonathan Bennett: The actor danced a cha-cha to “Sing” and the judges found it lacking in cha-cha content. Hough said she felt Bennett and his partner had the potential to grow in the season, but Goodman said he saw “loads of flim-flam, not enough cha-cha-cha.” Tonioli said some of the elements were rushed. Bennett earned two 7s and two 8s for a total of 30 points.

Sadie Robertson: The reality TV personality’s jazz routine was set to “She’s Country,” and, for Goodman, country music and jazz didn’t “quite gel.” Hough called Robertson a natural performer but said she missed Robertson’s leg action tonight. Inaba added: “I thought you killed it…,” and Tonioli though it was great. Robertson earned three 8s and a 7 for a total of 31 points.