Home » Entertainment » TV » Cast Of Who’s The Boss: How Much Are They Worth Now?

Cast Of Who’s The Boss: How Much Are They Worth Now? 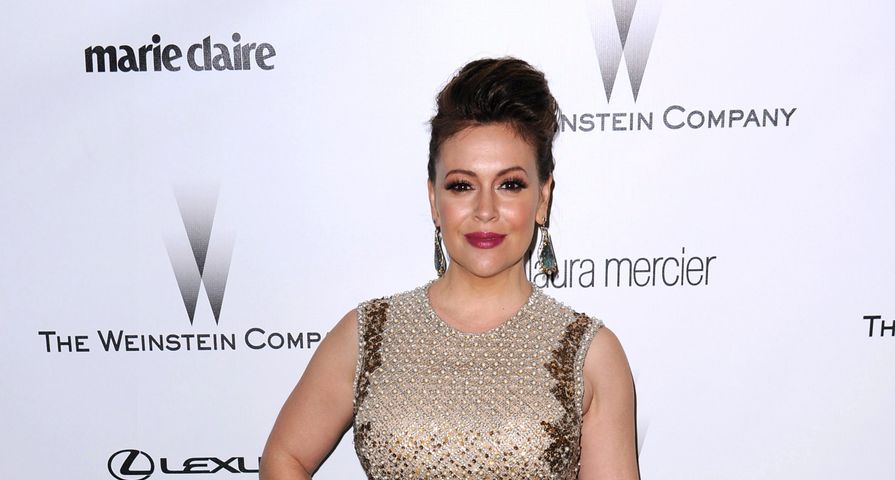 Who’s The Boss was a 1980s television gem that reignited the career of Tony Danza, and brought us the wonder that is Alyssa Milano. The show officially aired from 1984 to 1992, and featured 196 episodes. Impressively, the five main characters were in every episode of the show, and no single character outside of those five did more than 22 episodes in the show’s eight year span. Who’s The Boss certainly isn’t the syndicated giant of Friends or Full House, but the stars continued to work, and each enjoys a very comfortable lifestyle.

Estimated Net Worth: $300 Thousand. Danny Pintauro played Jonathan Bower on the hit TV show, and he served as the baby of the family. He was raised by his single mother, Angela (Judith Light), with help from his live-in grandmother, Mona (Katherine Helmond), before Tony Micelli (Tony Danza), and his daughter, Samantha (Alyssa Milano) moved in to help manage the house, while Angela enjoyed her career in advertising. All the aforementioned was Jonathan’s life. Watching the older people do what they do. In real life, Jonathan is openly gay, and has been HIV positive since 2003. He revealed this in a sit-down with Oprah in her “Where Are They Now?” segment. He married his boyfriend in 2014, and according to several sources, he manages a restaurant in Las Vegas, Nevada. It’s amazing to think what he’d have tucked away if he were a child actor even a decade later.

Estimated Net Worth: $5 million. Judith Light has enjoyed a long, illustrious career in the world of entertainment. She’s a veteran actress of stage, and screen, including the small and the silver. Her estimated worth likely exceeds the reported and published $5 million. That may be what she’s made from her time on Who’s The Boss?, including some sweet residuals, but she has continued to work since the show ended in 1992. Her most recent accolades include Tony Award winning performances on Broadway in back to back years (2012, 2013), and she is presently appearing in the Amazon Studios show, Transparent, for which she has also enjoyed award nominations. In her personal life, Judith is an outspoken supporter for equal rights, and was instrumental in encouraging her TV son, Danny Pintauro, when he was struggling to be open about his sexuality.

Estimated Net Worth: $5 million. For those who were fans of Who’s The Boss?, there were few characters as charged-up as Mona. It was a very clever move to make the mother of Angela Bower the sexual energizer of the show. Mona was the perfect complement to her exceptionally modest, feminist, business-minded daughter. Katherine even won a Golden Globe for her portrayal of the free-spirit in Who’s The Boss? Katherine is now in her 80s, and she’s still working. She has enjoyed a long, impressive career reaching back into the early 1960s, and now spends a lot of time doing voice over character work, limiting the physical demands of an acting gig. Like her TV daughter, her net worth has probably been reported as a bit low. If she has invested well, she’s rollin’, and her estate is likely quite impressive.

Estimated Net Worth: $40 million. Tony Danza’s career is as colorful as his real life. His career was the product of his saying yes to any and every opportunity that came his way. From a wrestling scholarship that led to a bachelor’s degree, and a professional boxing career that was the product of a goof, this guy is a true New Yorker in every sense. Tony was actually discovered at a boxing gym while training, and that meet and greet led to him booking his role in Taxi. In Who’s The Boss?, Tony played Tony, a retired St. Louis Cardinals baseball player turned housekeeper. Somehow it worked. His charm was always breaking down the cold, calculated approach of Angela, and he was the father figure Jonathan so desperately needed. The coolest thing about Tony Danza? In addition to being able to throw a knockout punch, he can tap dance.

Estimated Net Worth: $45 million. Some media outlets report Alyssa’s accumulated wealth as far more impressive. Some published totals are as high as nine figures, considering all of her professional ventures. Beyond her work in television and film, the Italian-American beauty who played the role of Samantha Micelli on Who’s The Boss? invested her keep wisely. She booked endorsement deals, and has branded various lines of clothing and cosmetics. At 42 years old, it wouldn’t be hard to believe she is well on her way to a net worth of more than $45 mil. What’s next for Alyssa? Well, we figure she’ll continue in never aging, while taking on more business ventures in addition to acting. In terms of screen time, she’s still milking that cash cow on ABC’s Mistresses, now in its fourth season.