Home » Entertainment » Celebrities » Cast Of Hackers: How Much Are They Worth Now?

Cast Of Hackers: How Much Are They Worth Now? 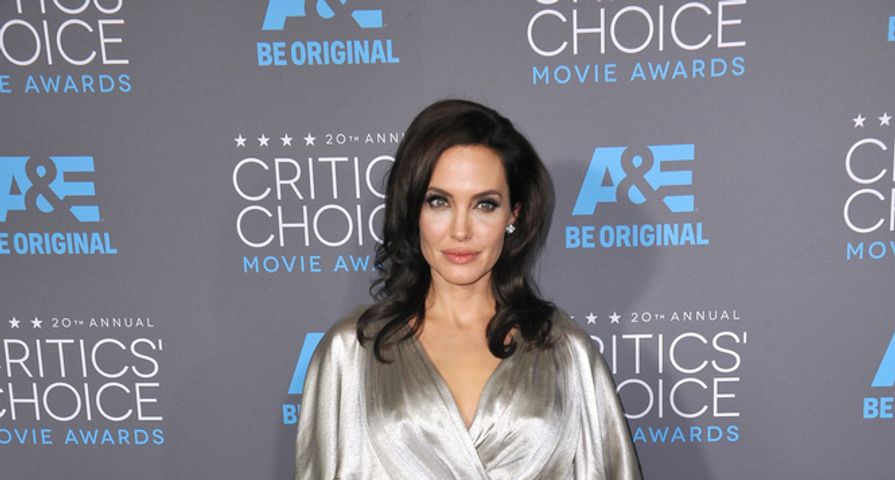 Before Angelina Jolie was the mother of six, the wife of Brad Pitt, and one of the most famous women on the planet, she played Kate Libby in Hackers. Before Jonny Lee Miller was Sherlock, he was Dade Murphy in Hackers. And those were about the same days that Angelina and Jonny were a young couple that would end up married and divorced before Brad, Billy Bob, and the big brood came along. It was also the career beginnings of the actors who would later become mega-stars and launched them into the public eye as super cool, computer-wielding, early internet-dominating teens. Now, after years of relationships, award-winning and cult-films, as well as personal ups and downs, Angelina Jolie, Jonny Lee Miller, and the rest of the actors have made their marks – and fortunes – in Hollywood, some more than others obviously. You’ll definitely want to check out how much the stars of Hackers are worth now.

Estimated Net Worth: $19 million. Lorraine Bracco played one of the bad guys in Hackers, taking on the part of a high-powered business woman with evil-ish, greed-fueled plans. But it was her later role on The Sopranos that became her most famous. The mob-boss therapist and sometimes lover, Dr. Jennifer Melfi, earned Bracco award nominations along with a hefty paycheck. She was also nominated for her role as Karen Hill in Goodfellas and went on to star on Rizzoli & Isles, all of which has helped Lorraine Bracco amass an impressive personal fortune estimated to be around $19 million.

Estimated Net Worth: $8 million. Fisher Stevens played the other bad guy with evil intentions in Hackers, tackling the role of the virus-writing The Plague who tries to pin his actions on the innocent teens that stumble across his path. It was just one of many roles Fisher Stevens has been seen in over the years, both big and small. Bit parts like Phoebe’s weirdo boyfriend on Friends to starring roles in Short Circuit and its sequel, he also won an Academy Award in 2010 for Best Documentary for The Cove. A long list of credits has resulted in an estimated personal fortune for Fisher Stevens of $8 million.

Estimated Net Worth: $3 million. Jesse Bradford may have played the loser of the bunch on Hackers, but he’s done pretty well for himself over the years in Hollywood terms. After working his way through a long list of roles in movies and shows like Falling in Love, Presumed Innocent, My Blue Heaven, King of the Hill, Far From Home: The Adventures of Yellow Dog, Romeo + Juliet, Dancing at the Blue Iguana, Bring It On, Cherry Falls, Clockstoppers, and Swimfan – are we done yet? NOPE! – Happy Endings, Flags of Our Fathers, My Sassy Girl, The Echo, W., The Power of Few, Bound, and Badge of Honor – WOW! – he landed the role as Ryan Pierce on The West Wing and Eddie Franks on Outlaw before taking on roles in Guys with Kids and Sequestered. Busy, busy fella! Despite working like a wild man, he doesn’t quite have the biggest bank account balance on the list, but he’s doing fine for himself with an estimated net worth of $3 million.

Estimated Net Worth: Unknown. It’s a little strange that there’s no info on Laurence Mason’s current net worth since he’s been anything but ideal since he appeared as Lord Nikon in Hackers. Since the early-internet loving movie, he’s appeared in plenty of productions including The Shield, Prison Break and most recently Gotham as Detective Ben Mueller.  How much has that earned him? We’ll just have to guess!

Estimated Net Worth: $1.5 million. There was no need to be scared of this Cereal Killer (note: not Serial Killer), “as in Fruit Loops,” and Matthew Lillard played the quirky character to perfection. A member of the elite group of teens in Hackers it was just one role for Lillard that helped him become a familiar face in the ’90s scene. He appeared in Scream and as Shaggy in Scooby-Doo, he has also nabbed guest roles in shows like Nash Bridges, The Replacements, Law & Order: Special Victims Unit, The Bridge, and House. His character in Hackers may have been crashing on couches, but in real life Matthew Lillard surely has himself a nice little abode bought with his estimated net worth of $1.5 million.

Estimated Net Worth: Unknown. Renoly Santiago is another actor in the Hackers gang whose net worth is M.I.A. despite still being active in the acting scene. After appearing as The Phantom Phreak or simple Phreak in Hackers, Renoly appeared in Con Air before moving on to bit roles in Touched By An Angel, Law & Order: Criminal Intent, and Criminal Justice. But just like Laurence Mason, we’ll just have to guess how much Renoly Santiago is worth.

Estimated Net Worth: $10 million. Jonny Lee Miller had teens crushing hard on the head hacker when he played Dade Murphy, a.k.a. Crash Override, a.k.a. Zero Cool. In the role that hooked him up with future wife (then ex-wife) Angelina Jolie, it was a break-out part for the actor who had been working since he was a child. He immediately followed Hackers with one of his other most famous roles, Sick Boy in Trainspotting (a role he’s rumored to be reprising soon). He worked steadily from there, mostly in productions in the UK – Mansfield Park, Dracula 2000, Dark Shadows, Dead Man’s Walk, Smith, Eli Stone, and Emma – before hitting the American scene again in Dexter before nabbing the starring role as a modern-day Sherlock Homes in Elementary. So has this all resulted in a tidy net worth for Jonny Lee Miller? Well, yes of course, it’s elementary, my dear Watson…or rather, it’s an estimated fortune of $10 million.

Estimated Net Worth: $160 million. There’s no denying that Angelina Jolie has come out far and beyond as the most famous member of the Hackers cast. Her roles and credits are long and range from video-game based Lara Croft: Tomb Raider to disturbed patient in Girl, Interrupted, from the politically charged portrayal of Mariane Pearl in A Mighty Heart to the fantastical Maleficent. Despite being well known for giving large chunks of her fortune away to charities and noble causes, Angelina Jolie is still worth a wildly impressive estimated $160 million.