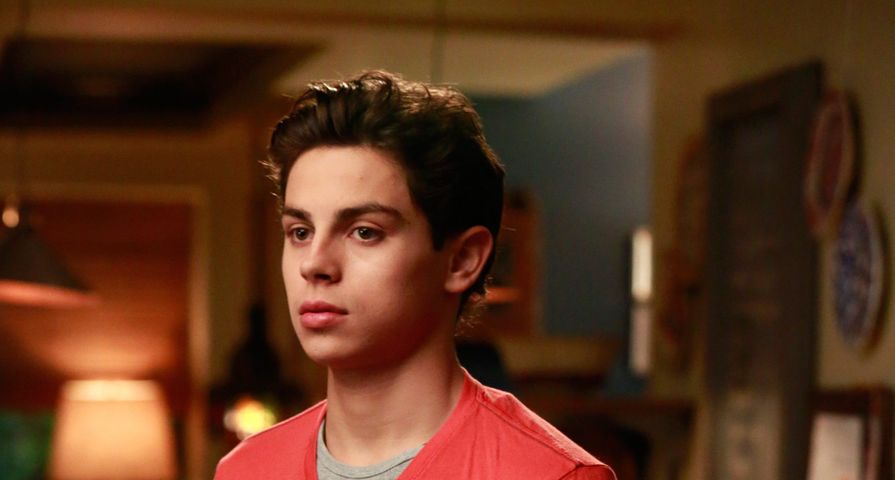 When producers recast small roles, most of us don’t even notice until someone else points it out. Sometimes shows have to recast bigger parts and sometimes they don’t even bother to explain it to their viewers. They just present a new actor in the part and we have to accept it. We have a list of 8 TV shows that recast some pretty big characters and most of them didn’t even bother to explain it.

Lisa Robin Kelly held the role of Eric’s sister Laurie on That ‘70s Show on and off for five seasons. She made her last appearance on the show during season five and then she was fired because she had a drug and alcohol problem. During season six, Christina Moore took over the role without any sort of explanation and then Laurie was completely written out of the show that same season. During season seven, Laurie is mentioned once and her disappearance is explained as her having moved to Canada.

During season one of Family Guy, Lacey Chabert voiced the character Meg, but in subsequent seasons, she became busy with school and appearing on Party of Five, so Mila Kunis replaced. According to Seth MacFarlane, Kunis was a much better fit the role than Chabert. “Fortunately, what Mila brought to it, Mila Kunis, was in a lot of ways, I thought, almost more right for the character,” he said.

When Janet Hubert, who played Aunt Vivian, left the Fresh Prince of Bel-Air and was suddenly replaced with Daphne, no explanation was offered for the sudden switch-up. There were rumors that Hubert was fired because she had violated a clause in her contract that prohibited her from becoming pregnant while filming, but there also reports that she didn’t get along with Will Smith and Hubert has since confirmed that her conflict with Smith is what got her fired.

Dick York was the actor who was first cast as Darrin on Bewitched, but he had to withdraw from the role because of a debilitating back injury, which caused delays in shooting. Rather than cancel the show, producers replaced York with Dick Sargent that same month. People working on the show came up with ideas on how to explain why Darrin looked and sounded differently, but the show’s director William Asher decided not to give an explanation because he figured that the audience would understand.

On All in the Family and the first season of The Jeffersons, Mike Evans played Lionel Jeffersons, but he left after season one to devote more time to writing for Good Times, a show he had helped create. Damon Evans took over the role from 1975 to 1978. In September 1979, Mike Evans returned to the series and appeared regularly as Lionel for two more season and then appeared infrequently on the show after that.

Lecy Goranson played Becky from season one to five of Roseanne, but left the series when she went off to college. Sarah Chalke came in to replace her, but during season eight, Goranson came back. She wasn’t able to play Becky full time, so she and Chalke would alternate depending on her availability, and the show would poke fun at that as a result. After season eight, Goranson left the role for good and Chalke played Becky for the show’s ninth and final season.

For the first two seasons of The Fosters, Jake T. Austin played Jesus Adams Foster, but he left the role at the end of season two due to creative differences. His character’s screen time was going to be greatly reduced in season three and he didn’t want to be held back from other acting opportunities, so he quit. In season three, Noah Centineo stepped in to fill Austin’s shows. His co-stars, Sherri Saum and David Lambert, felt that Centineo fit right in with the rest of the cast and he was able to really add to the character, which isn’t easy with an established role.

James Kent was a character who appeared in season six and seven of True Blood. During season six, Luke Grimes portrayed the character, but he decided to leave the series after one season and was replaced by Nathan Parsons during season seven. Grimes was reportedly uncomfortable with the show’s scripts, and when he found out the direction the show was going to take in season seven, he asked to be let out of his contract.