8 Popular TV Stars Who Played Their Own Doppelganger 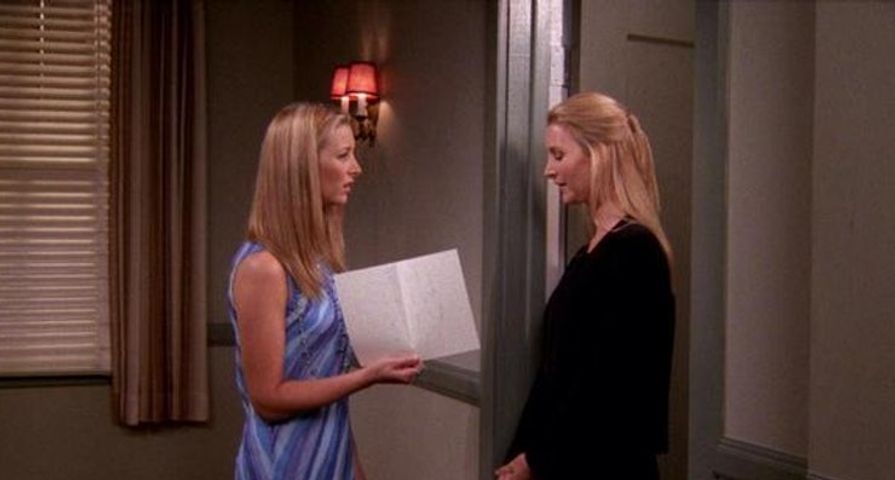 A lot of TV stars don’t get enough credit for the dedication they put into their series. Taking on one important role for a series is a big commitment, but branching out and playing another character for a few episodes is a different feat to accomplish, and becomes a true testament to their acting skills when their two characters are supposed to interact. Many actors are asked for their character to take on different qualities because of possession or another supernatural happening, but only a few mastered playing their regular character as well as a clone, twin or doppelganger! Here are 8 popular TV stars who were amazing at playing their own doppelganger:

Like many film and series before, Jane the Virgin tackled the fan favorite theme of an evil twin or doppelganger shocking everyone by making their presence known. After playing Petra for quite some time on the show, actress Yael Grobglas was told she would also be taking on the role of Petra’s not-so-nice twin sister Anezka in season two as well. “It’s really a dream come true because who gets to play two different characters in the same show? It’s a chance to do something so completely different and show different things that I enjoy doing that maybe wouldn’t come out as Petra,” Grobglas told The Hollywood Reporter. “There was a lot of physical comedy, which I love, so for me, it’s been an absolute blast.”

Paul Wesley is just one of many actors from The Vampire Diaries to take on an additional role opposite his starring character during the eight seasons of the show. Along with his beloved role as Stefan Salvatore, Wesley took on the roles of Silas and Tom Avery, with Silas’ being Stefan’s biggest adversary in season five of the show. For around eight episodes, the actor took on the challenge of playing not only his own character but his doppelganger as well, and was excited to do so. After playing the kind-hearted Stefan for so long, Wesley was excited to get some “distance” from the character and take on the more arrogant and cocky Silas.

If there is any actor or actress who has mastered playing more than one role at a single time on a show, it is Tatiana Maslany. For Orphan Black, Maslany doesn’t play just one doppelganger, she plays many, all with different looks and personalities, which makes the challenge that much greater for the star. While the amount of clones she has to play mean that Maslany has a full time acting double, when it comes down to what is seen, it is all her. “I think, for me, it’s the most natural thing an actor can do, is transform like this. I think that’s what we’re born to do,” she said. “At least the people I admire and the people I work with, we are thrilled to get to transform, and we’re excited by that challenge.”

Of course Tom Welling’s entire Smallville role revolved around being Clark Kent as he became Superman, but more than once he had to take on other characteristics as well and eventually even had to play his own doppelganger. In season six’s “Bizarro” Welling not only played the beloved Clark Kent but also Bizarro Clark, the last Phantom wraith, who absorbed Clark’s DNA to become his clone and inherited Clark’s powers. Much like other series who introduce a doppelganger to a lead character, Bizarro was everything Clark was not, meaning he was confident and rude and believed he was superior to everyone around him, giving Welling a chance to break away from his mild-mannered Clark Kent character for a little while.

Due to the supernatural focus of The Vampire Diaries, it certainly wasn’t rare for many of the stars to play different roles on the show, and one of the best was Nina Dobrev. While she mostly starred as Elena Gilbert for the duration of the series, she had also took on the task of portraying many other characters such as Katherine Pierce and Amara, and went through the difficult task of acting out scenes where the evil Katherine and Elena actually fought. “It’s kind of confusing. But it’s exactly what I want. It’s the biggest, most welcome challenge,” Dobrev said of the difficulties of playing more than one character on the show.

In 1993, one year before Friends began its iconic run on TV, Lisa Kudrow began appearing on the popular ’90s sitcom Mad About You as Ursula Buffay. When Friends began airing at the 8:30 timeslot right after Mad About You, both creators decided an explanation was needed and the two characters both played by Kudrow became twins. Soon crossovers began with Kudrow appearing as both Phoebe and Ursula in some episodes of Friends. Kudrow later admitted that she didn’t understand why Friends had to make Ursula into a “mean” character when her character was maybe “dense” on Mad About You, but not mean.

Unlike most other actors who have to play another version of themselves or an evil twin when they take on a doppelganger role, Hilarie Burton’s second role was different. In One Tree Hill‘s third season while dealing with not only getting to know her birth mother, Ellie, but also having to face the fact Ellie is dying from breast cancer, Peyton’s own conscience became an embodiment who she interacted with, meaning Peyton was the only one who could see her. Dressed as the angel of death, Burton accepted the challenge of playing two characters who have significant scenes together and interactions, and did so with ease.

Through the many seasons of Supernatural both Jensen Ackles and Jared Padalecki have had to play their characters possessed, but only a few times have they been faced with a doppelganger. Jensen Ackles has played not only Dean Winchester, but “his own worst nightmare” version of himself in season three, a demon Dean, and of course future Dean in season five’s “The End.” While he never disappoints in his delivery, “The End” is arguably one of the series’ most memorable episodes with Ackles’ incredible performance playing not only his regular Dean, but a more hardened Dean from the dystopian future. Watching the two Deans interact was incredible and added yet another layer to Ackles’ developed acting skills over the course of the series.