7 TV Shows That Were Saved By Their Fans 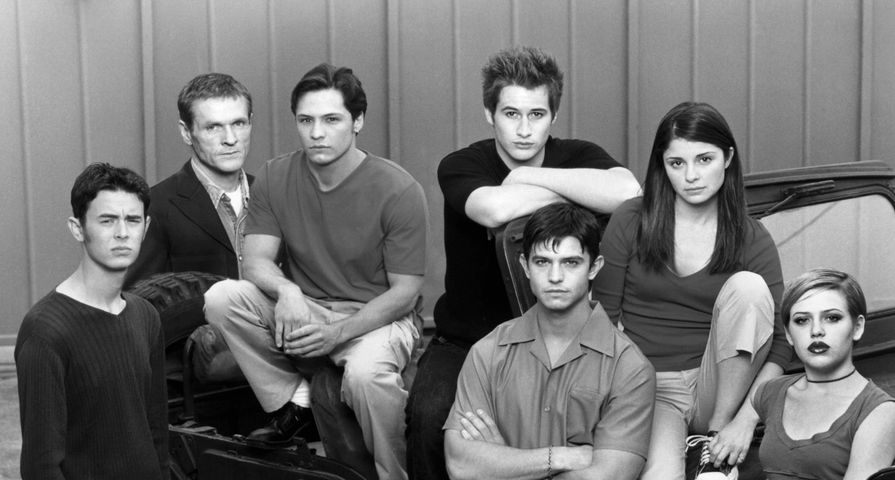 Usually, when a show gets cancelled, that’s the end; however, that isn’t always the case. There are several instances where a show is saved, but is picked up on another network, and there are also examples of fans rallying behind the show and getting network execs to change their mind. Here are 7 TV shows that were cancelled, but then saved by their loyal fans:

Arrested Development received widespread critical acclaim, but it suffered low ratings and viewership on Fox, which is why it was cancelled after only three seasons. Following its cancellation in 2006, fans sent fake bananas to Fox (a reference to the Bluth family’s banana stand on the show) in a failed bid to have the series renewed. Although Fox didn’t renew the series, Netflix announced in 2011 that it would begin production on season four of the show, which premiered in 2013.

At the end of season three, Cougar Town was on the proverbial chopping block because of its sagging ratings, so its creators, Bill Lawrence and Kevin Biegel, planned a series of cocktail parties across the country for the show’s fans. In exchange for footing the bar tab and screening two episodes from the new season, all Lawrence and Biegel asked from fans was that they spread their love of the show to those who didn’t watch it. The campaign worked and TBS picked up the show for three more seasons.

Star Trek was almost cancelled after its first season. Initially the show enjoyed high ratings, but they quickly dropped. During season two, NBC threatened to cancel it, which prompted the show’s loyal fan base to conduct a letter writing campaign, petitioning the network to keep the show on air. After receiving over 100,000 letters, NBC decided to renew the show for a third season, but moved it from its Friday night time slot and reduced its budget significantly.

Jericho was cancelled after season one because of poor ratings, but loyal fans protested, sending thousands of pounds of peanuts to CBS. Fans got the idea from a scene in one the show’s episodes where Jake Green repeats General Anthony McAuliffe’s historic phrase “Nuts!” from the Battle of the Bulge. After the peanut campaign, CBS renewed the show for a short seven-episode season, but then cancelled it for good at the end of season three.

After Chuck’s second season, the show was classified as “on the bubble” between renewal and cancellation because its ratings had continued to drop, making it one of the least-watched shows in its time slot. Fans then launched a “Save Chuck” campaign, which gained momentum thanks to social media sites like Twitter and Facebook. Fans targeted the show’s sponsor, Subway, which lead to the chain striking a major deal with NBC to help cover costs for the show’s third season. For every subsequent season the show’s renewal was always uncertain; however, it ended up lasting another three seasons.

Despite being a critical success and having a legion of loyal and passionate fans, Friday Night Lights consistently suffered low ratings. When news broke that the show was in danger of cancellation after its second season, fans sent thousands of mini-footballs and light bulbs with the motto “Keep the Lights On” to NBC to lobby for the show. To keep the show going, NBC partnered with DirecTV to share costs, which kept the show going for another three seasons.

Throughout its three-season run, Roswell was plagued by low ratings. When The WB was going to cancel the show at the end of season one, fans launched a grassroots campaign to persuade the network to keep the program on its prime-time schedule. Fans sent hundreds of letters, as well as bottles of Tabasco sauce (the alien on the show’s favorite food) to WB execs. It worked! The show was renewed for a second season, but the ratings continued to disappoint and the show was cancelled at the end of season two. It was then picked up by UPN for a third season, airing directly after Buffy the Vampire Slayer, but it wasn’t able to hold onto viewers who tuned into Buffy and was then cancelled again in 2002.