7 TV Shows That Were Cancelled With A Cliffhanger 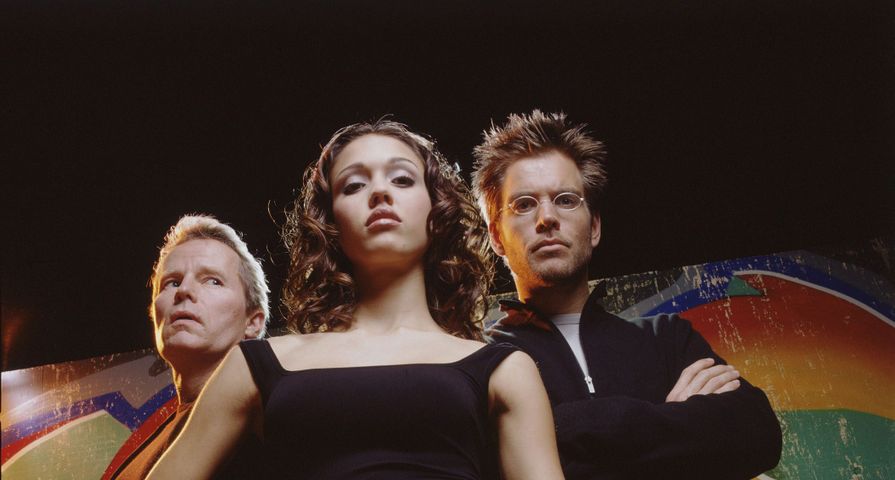 Sometimes TV shows don’t get a chance to end on their own terms which, for fans, can mean that we are left with cliffhangers, and no one likes that! So many good shows have been unceremoniously cancelled over the years and, as a result, fans have been left with more questions than answers. We have a list of 7 shows that were cancelled with a cliffhanger:

Las Vegas ended its five-season run with a cliffhanger because NBC decided to cancel the series during the off-season following the season five finale, and fans still aren’t over it. As a result, the series ended with Cooper walking into his own memorial service, following the plane crash everyone thought he died in, and a pregnant Delinda possibly having a miscarriage. It’s been almost a decade now since the show was unceremoniously axed, so it looks like these issues will never be resolved!

Producers for Fox’s critically-acclaimed drama Pitch, which followed Ginny Baker as she became the first woman to play in Major League Baseball, were really confident that they would get a second season, which is why the season one finale ended with a big cliffhanger – Ginny getting injured playing baseball and going in for an MRI to determine the extent of the injury. Unfortunately, they were wrong and so all fans were left with was one big question: Will Ginny get able to play ball again?

Terminator: The Sarah Connor Chronicles was the highest-rated new scripted series of the 2007-08 season when it premiered in January 2008; however, it struggled to find a stable audience. After the second season came to an end in April 2009, the show was cancelled a month later, leaving fans with a less than satisfactory ending as John Henry, Weaver, and John Connor flee to a future where no one knows who John Connor is. According to the series creator Josh Friedman, the third season would have been the show’s best, but we’ll never know! Instead we were left with a huge cliffhanger and a bunch of unanswered questions!

Lois & Clarke: The New Adventures of Superman was supposed to have a fifth season, but ABC changed its minds, so fans were left with quite the cliffhanger at the end of season four. In the last episode, Lois and Clark find a child in his old bassinet with a note that reads that the child is theirs. The writers were obviously planning to finish this storyline in season five, but they never got the chance.

Starring a young Jessica Alba, the fox series Dark Angel was doomed during its second season when it went from airing on Tuesday nights at to a less desirable time slot on Friday nights. Although producers were initially told that a third season had been approved, Fox came back a couple of days later and informed them that it had been cancelled due to its disappointing ratings. The season two finale (which became the series finale) ended with a dramatic cliffhanger – Max and the transgenics in danger, as police and an angry mob surrounded Terminal City.

The critically acclaimed teen drama series My So-Called Life ended its first and only season with a cliffhanger. In the series finale, viewers saw Angela choose Jordan (played by Jared Leto) over Bryan, despite the fact that she knows that Bryan was the one who composed the love letter Jordan gave her. There was still so much to be resolved, especially when you remember the look Angela shoots Bryan at the end of the episode as she drives away with Jordan.

When Angel was cancelled in 2004 after creator Joss Whedon asked for an early renewal, it was like Whedom decided to end the series on a cliffhanger to stick it to The WB network. Instead of wrapping the show up the way he did with Buffy the Vampire Slayer, Whedon literally ended the episode with Wesley dying and Angel’s surviving crew being over-run with demons, as Angel declares, “Let’s go to work,” and then swings his sword at the camera. Sadly, for fans, we will never know how the battle ended.