Spin-Offs That Were Better Than The Original Series 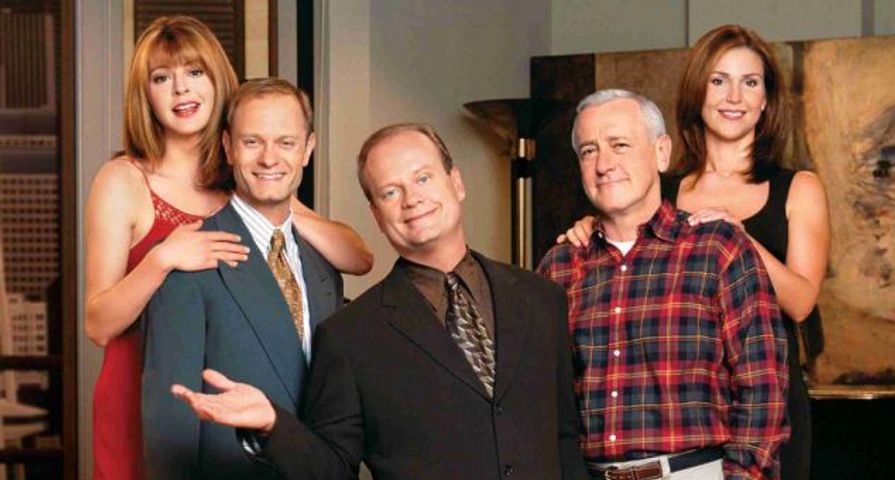 Spin-offs are popular with primetime television because networks love to capitalize on highly successful or long running shows. They’ve even been known to create them based on characters who’ve resonated well with audiences. While they are a popular concept, they are also a very tricky thing to master since viewers are fickle about their favorite shows. Sometimes spin-offs fail to live up to their predecessors, while others have surpassed them in popularity and ratings! Here’s a look at 7 spin-offs that were better than the original series!

7. Saved by the Bell

Many people might not know this about their favorite ’90s sitcom, but Saved by the Bell was actually created as a spin-off series from the show Good Morning, Miss Bliss! Even though Saved by the Bell was only on air from 1989 to 1993, it had a lasting impact as it tackled many important issues during this time and acted as a launching pad for many stars like Mark-Paul Gosselaar, Mario Lopez, Tiffani-Amber Thiessen and Elizabeth Berkley. It’s parent show only lasted for one season while Saved by the Bell went on for four and spawned two more spin-off series of its own! It’s been ranked as one of the “20 Best School Shows of all Time” and continues to live on today through syndication.

Any show that is as big as Law & Order is a breeding ground for spin-offs. The police procedural, crime and legal drama goes down in history as the third longest running show on television with 20 years of successful on-air time. One of the franchises many spin-offs is Law & Order: Special Victims Unit which premiered in 1999 and is still on air today. It’s now onto its 19th seasons and has become the longest running non-animated U.S. primetime series since the original Law & Order was cancelled and is the fourth longest running scripted U.S. primetime series. Law & Order: SVU is well on its way to outlasting its parent show and continues to grow in popularity with the help of its starring actress Mariska Hargitay, who has gone down in history as the first and only regular cast member to receive an Emmy for her work on the series.

Angel was never as big as Buffy the Vampire Slayer, but many fans still believe it was a better show simply because Buffy The Vampire Slayer didn’t keep up to its standards after the first few seasons. Angel was created by Joss Whedon and ran from 1999 to 2004. It followed the life of Angel, a vampire who broke Buffy Summer’s heart and moved to Los Angeles to become a private detective. The show gained a lot of traction during its five seasons, especially as BTVS lost viewers later on in the series.

4. The Facts of Life

The Facts of Life was developed from the show Diff’rent Strokes and after nine seasons it became the longest running sitcom of the ’80s. The creators of Diff’rent Strokes wanted to follow the story of Edna Garrett, the housekeeper who left the show in 1979 to be a house-mother at Eastland School for Girls. Even though Diff’rent Strokes was a great show with a strong following, it had only been around for one year before The Facts of Life sitcom was created and it didn’t take long for the spin-off series to outgrow its parent show in popularity and ratings.

The now iconic and hilarious character of Steve Urkel was the face of Family Matters for nearly a decade, but when it first started out it was introduced as a spin-off of Perfect Strangers, a show that aired from 1986 to 1993. Family Matters was created to follow the life of Harriette Winslow, her husband Carl, and their family. After it premiered it became one of the most popular shows in the TGIF line up back in 1989. The series not only outlived its predecessor, but surpassed it in popularity.

NCIS is a spin-off from the show JAG. Not only is it more commonly known than its parent program, it’s credited for having more action and character development which is what keeps audiences hooked. NCIS first aired in 2003 and has grown in popularity ever since with a whopping 14 seasons to date. It’s one of the few shows that continues to grow each year. For example, 20 million viewers tuned in to watch season 7 which is up from the previous 16 million in season 6 and 15 million in season 5. If that wasn’t impressive enough, it managed to do all of this while in a very competitive time slot against American Idol.

Cheers was no doubt an extremely popular show that ran for an impressive 11 years from 1982 to 1993, but Frasier, it’s spin-off series, was arguably a bigger success. The character of Dr. Frasier Crane, played by Kelsey Grammer, seemed to resonate with America which is why he was granted his own show in 1993 after appearing on Cheers. Frasier was a psychiatrist who moved to Seattle from Boston after his divorce to host a radio talk show. Similar to its parent show, Frasier was on air for 11 years and became one of the most popular comedic sitcoms of all time. It received 31 Emmys Awards during its run, whereas Cheers had 28 wins.