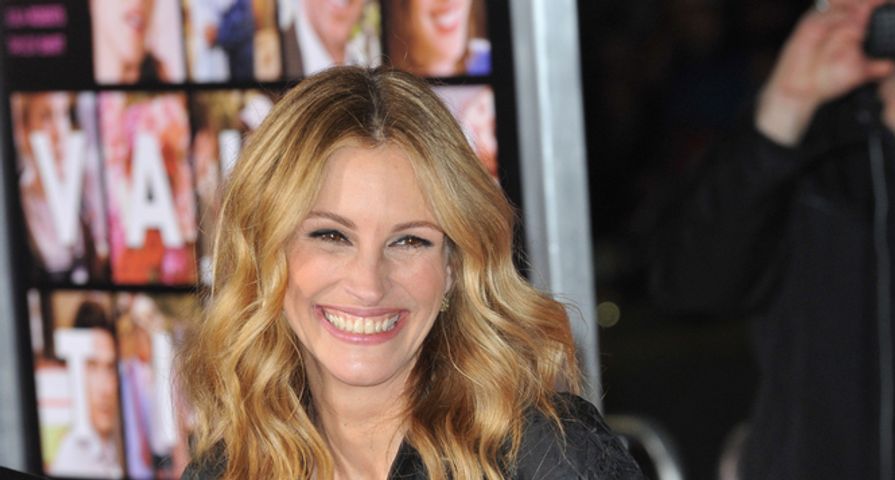 Admit it. You love this movie.

Holy wow. Pretty Woman is 25. The romantic comedy from the golden era of romantic comedies is a quarter of a century old. And looking back, you didn’t realize how star-studded this thing was.

Of course, beyond Richard Gere luring the box office cheese, this film turned Julia Roberts into the biggest actress in the world. It was a lot of pressure on the 21 year old beauty. To say she executed everything perfectly may be an understatement. The film was a phenomenon in 1990. It was able to take advantage of a word of mouth campaign to popularity, which turned into an impressive second-go’round publicity and marketing campaign.

To whisk you back to the late 1980s when the film was actually shot, many changes were made in order to “lighten up” the content. Actress Laura San Giacomo, who played Julia Roberts’ best friend and fellow prostitute in the film, alludes to some of these changes in the video below. However, director Garry Marshall allowed a lot of weight to remain in the scenes displaying… intimacy… between Richard Gere and Julia Roberts. The film was categorized as a romantic comedy, but some of those scenes were laden with… … … drama.

It really was the perfect date movie mix: beautiful woman for the dudes, A-list handsome fella for the ladies and a sweet, fourth generation Lotus Esprit for the grease monkeys and gear heads who wandered into the wrong theater.

Here’s your trivia for the day: Ferrari  and Porsche were both offered opportunities for product placement in the film, yet neither wanted to be associated with soliciting prostitutes. Lotus had some of the same concerns, but then thought: Richard Gere is driving this car–surely the car won’t be judged for his picking up a prostitute for driving directions.

And Lotus was correct. Sales of the Esprit tripled in the next two years. The Peter Stevens Esprit design is still synonymous with Pretty Woman.

Wanna see more – including what Julia looked like at 21? Check out the video below!