Home » Trending News » ‘The Masked Singer’ Season 2 Crowns Their Winner And Reveals The Identities Of Flamingo, Fox And Rottweiler

‘The Masked Singer’ Season 2 Crowns Their Winner And Reveals The Identities Of Flamingo, Fox And Rottweiler 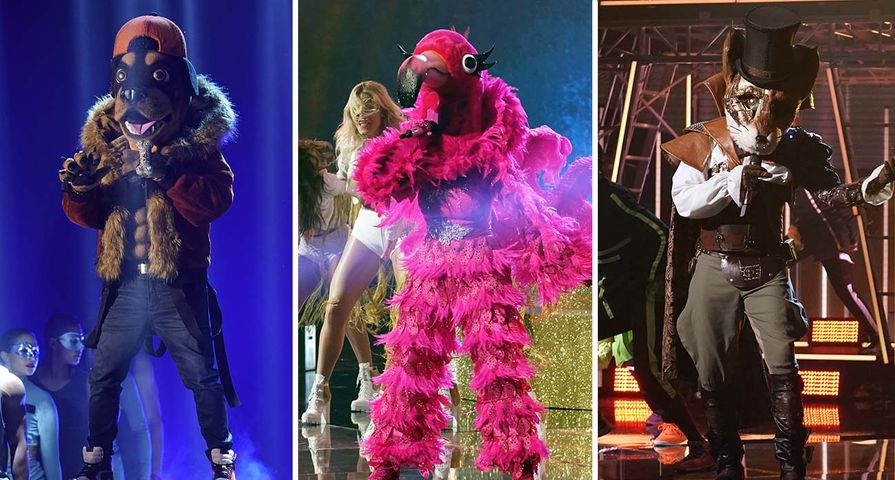 The second season of The Masked Singer has come to an end. During the Wednesday, December 18 finale, where a winner was crowned, and the three finalists were (finally) unmasked.

This season of the mystery singing competition included some notable celebrities, including Seal, Kelly Osbourne, Raven Symone, and Dr. Drew. However, some of the contestants were tough to determine, judges Jenny McCarthy, Ken Jeong, Robin Thicke and Nicole Scherzinger were typically on-target when it came to putting the clues together to figure out who exactly was underneath the mask.

One of the most surprising eliminations of the second season had to be Flower, who was revealed to be legendary vocalist Patti LaBelle underneath the mask. Later, Michelle Williams, who was the Butterfly, was eliminated from the show after Thingamajig barely came out on top, and everyone – judges, audience and viewers – were divided about the result.

Before the finale, Leopard and Thingamajg were revealed to be Seal and NBA player Victor Oladipo in a surprising double-elimination. The three masked contestants – Flamingo, Rottweiler and Fox – were the last three standing and were left to battle it out in the finale.

Throughout the second season of The Masked Singer, there have been plenty of guesses thrown around on who could be the voice behind Flamingo, Rottweiler and Fox. Many fans, including the judges, were convinced that Flamingo was Adrienne Bailon. However, no one could pint-point whose voice was behind Rottweiler and Fox.

Guesses for who could be underneath Rottweiler’s costume included Chris Daughtry and Darren Criss. On the other hand, people wondered if Fox could be Jamie Foxx or Wayne Brady.

During the show’s finale, the three singers gave it their all in an effort to win over the audience.

The Fox performed “Try A Little Tenderness” by Otis Redding. After the performance, McCarthy guessed Jamie Foxx was underneath the mask, but then elaborated on her thoughts that the Fox was “better than any name (she) could possibly say.” Despite that, Thicke was confident that Brady was the voice behind the mask.

Next, the Flamingo performed a beautiful rendition of “Proud Mary” by Tina Turner. Almost all the judges were again convinced that the voice behind Flamingo was no other than Bailon. However, Jeong wasn’t too sure. He ended up guessing it was either Fergie or Jessica Simpson under the mask.

It was the voice behind Rottweiler who truly stumped all of the judges after they performed “Alive” by Sia. The judges’ guesses ranged from Jason Mraz to Dave Franco to Criss. Although they couldn’t agree on who was underneath the mask, they all did praise Rottweiler for their killer performance.

After their performances and the audience vote, it was time to announce the winners.

In third place was Flamingo, who was revealed to be Adrienne Bailon.

Runner-up was Rottweiler, who was revealed to be Chris Daughtry.

The winner season 2’s The Masked Singer was none other than Fox – who was revealed to be Wayne Brady! Congratulations!