The Masked Singer Reveals The Celebrity Behind Tree 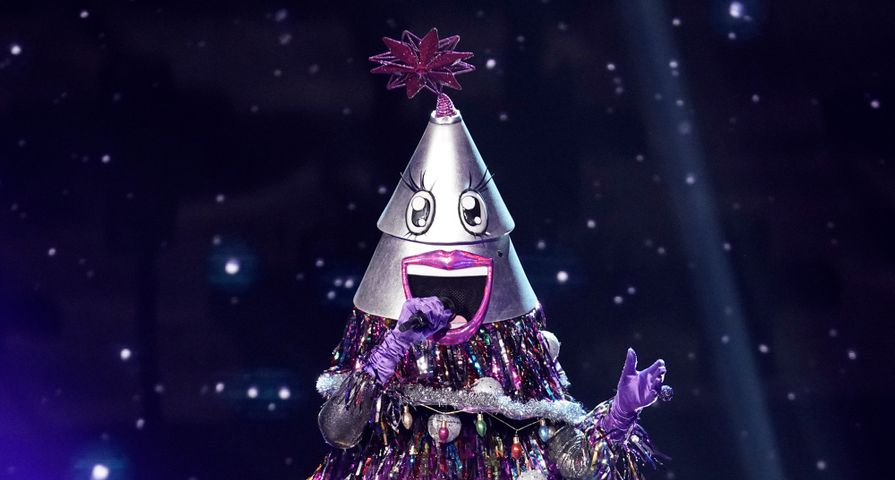 On Tuesday’s episode of The Masked Singer, the voice behind Tree got axed!

Season 2 of the competition entered the quarterfinals in a special Tuesday episode. All six remaining contestants – Fox, Thingamajig, Tree, Flamingo, Rottweiler and Leopard – stood on stage once again to sing, while the panel of celebrity judges – including Robin Thicke, Nicole Scherzinger, Ken Jeong, and Jenny McCarthy – tried to guess who was the voice under each of the costumes.

After the singers gave it their all on the stage, the audience voted on who would be moving on and who would be eliminated from the show. Unfortunately, this time around, the lowest vote earner was The Tree, whose festive cheer couldn’t save her from going home.

But before we say goodbye to a contestant on The Masked Singer – the audience, viewers and judges, got to find out who was underneath the mask of Tree. This week, Tree unmasked herself and the voice behind the costume was none other than Saturday Night Live star Ana Gasteyer!

Before Tree’s unmasking, the panel had to make their final guess on who was the star under the costume. Thicke and Scherzinger said they thought it was comedian Amy Sedaris, while Jeong said he thought it was Frasier actress Bebe Neuwirth, and T-Pain suggested it was singer Mariah Carey. He went on to say, “[Just] because I want to see Nick panic.”

On the other hand, McCarthy stuck with her Saturday Night Live star hunch and correctly guessed that Gasteyer was the voice behind Tree. The judge then freaked out when she discovered her guess was correct.

After Gasteyer removed her mask, she laughed at Jeong for his way-off-the-charts guess. The two previously acted together in A Christmas Story Live! back in 2017.

Tuesday’s reveal comes just after last week’s surprising reveal when fans bid farewell to the voice behind The Butterfly – who was unmasked to be former Destiny Child’s singer Michelle Williams.

The Masked Singer airs Wednesday at 8 p.m. ET on Fox for another elimination before the semifinals!