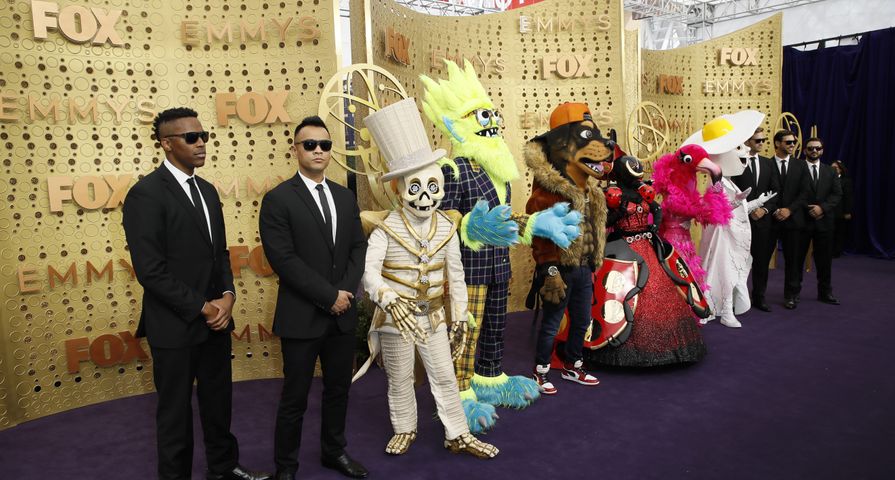 The wild and entertaining Fox competition series The Masked Singer returned with its season two premiere on Wednesday, September 25, and the first two celebrities have already been revealed!

With sixteen stars competing this season, there are still plenty of stars for fans and the judges to try to figure out, and in the premiere the first eight competed.

This season, producers worked to make the clues even harder but host Nick Cannon did reveal that combined all the contestants have 42 Grammy nominations, 140 films, 35 No. 1 hits, 21 platinum records and 22 Broadway shows between them. The competitors also boast a total of 29 kids, 28 tattoos, eight divorces and two Time Most Influential People honors.

The special two-hour premiere consisted of eight characters competing in four pairs and a winner from each battle was picked until the four losing characters went into the smackdown rounds.

The season started with the Butterfly vs. The Egg. After a rendition of “Bang Bang” by Jessie J from the Butterfly and “Just Dance” by Lady Gaga from The Egg, the audience and the judges determined the Butterfly the winner.  The second faceoff saw Thingamjig singing “Easy” by Commodores vs. Skeleton singing “Rapper’s Delight,” and Thingamajig was named the winner.

In the third faceoff Ladybug took on Rottweiler singing “Holding Out for a Hero” while Rottweiler sang “Maneater” by Hall & Oates and Rottweiler was named the winner. The final face off came between Tree vs. Ice Cream where Tree was determined the winner.

In the end The Egg and Ice Cream were determined the two losers of the premiere after their smackdown rounds, and two of the judges guessed correctly when The Egg turned out to be Olympic ice skater Johnny Weir. The Ice Cream had guesses from Ridiculousness host Rob Dyrdek to DJ Calvin Harris, but it turned out to be popular videogame streamer Tyler “Ninja” Blevins.