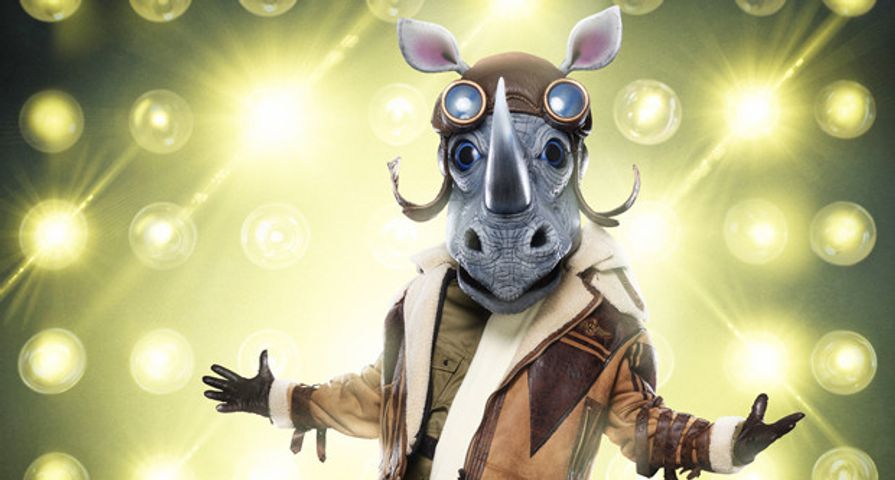 The final four competed last night in The Masked Singer semifinals, and the performances blew just about everyone away with their own individualistic sound. Night Angel brought a powerful anthem, Turtle belted out to pop tunes, Rhino showed off an acoustic country niche side to him, and Frog danced and rapped.

Unfortunately, on this week’s episode of The Masked Singer, it was time to say goodbye again to another competitor.

Night Angel started off strong, singing Wayne’s “How to Love,” while making shout outs of his appearance as Robot in The Masked Singer season 3 premiere.

Next up was Turtle, who showed off their impressive falsetto with Nick Jonas’ “Jealous,” before revealing to the world that he was Thicke’s number one fan. Apparently, they bought a CD adapter for their first car just to listen to the singer’s Beautiful World album.

Following Turtle was Rhino, who covered Tim McGraw’s “Humble and Kind,” before Frog finished things off with Naughty by Nature’s “Hip Hop Hooray.”

After all said performances were done, the audience and panelists voted for their favorite performances of the night. Unfortunately, it was Rhino’s time to return to the herd.

The masked celebrity behind Rhino was none other than former San Francisco Giants pitcher Barry Zito!

Rhino’s clues throughout the competition were about baseball, Nashville, finding faith later on in his life, and more fit Zito. The pitcher spent time in Nashville playing for the Nashville Sounds, and even recorded the team’s theme song. In the past, Zito has talked about his battle with addiction in his memoir, and said he found salvation through religion. Tonight, the athlete added a baby rhino pin to his costume, and Zito has three kids.

The only panelists who were able to guess correctly who was under Rhino’s mask were McCarthy and Jeong.