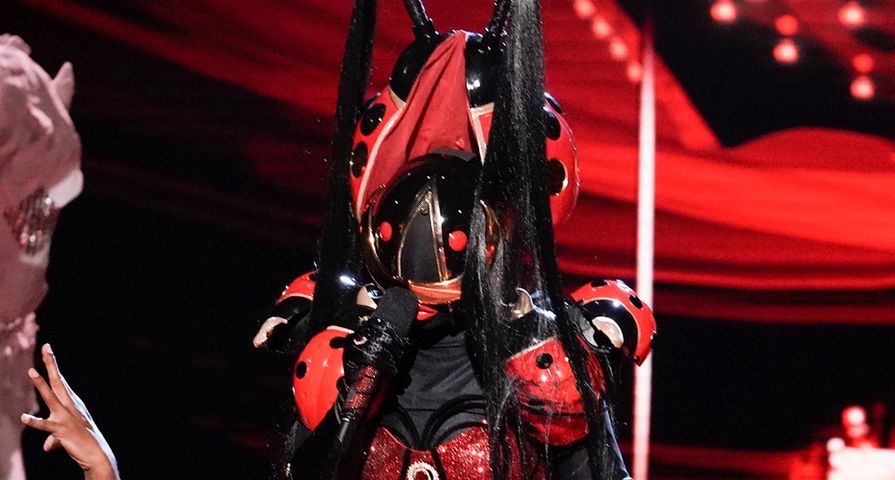 On Wednesday, November 13, another celebrity singer was revealed on The Masked Singer, which will bring the contestant pool down to half of what the show began with. However, the show did add another participant to the show.

In this week’s episode, judges Ken Jeong, Jenny McCarthy, Nicole Scherzinger and Robin Thick were joined by Triumph the Comic Dog, who spoke out about his guesses on who might be under the Ladybug, Fox, Flower, Tree and Rottweiler costumes.

Masked Singer host Nick Cannon pushed the masked singers to provide more physical clues after they finished their performance, Rottweiler provided a portrait they made for Triumph the Comic Dog. Judge McCarthy also praised Rottweiler’s performance of “Castle on the Hill” by Ed Sheeran, “the best performance of the entire show or the whole season so far.”

Once the performances finished, the audience had to vote on their least favorite performance of the night, and that ended up to be Ladybug, who performed “Youngblood” by 5 Seconds of Summer.

As Cannon assisted Ladybug with the removal of their mask, the judges and audience were also shocked to see that Kelly Osbourne was the one who was underneath the mask.

“I heard the first word come out of my mouth. I was like, ‘They’re going to know it’s me,'” said Osbourne, after her reveal. “And then this accent just came out and I had to do it the whole time and every single time inside this mask I’ve been dying laughing every time I have to speak.”

Before Osbourne was revealed to be Ladybug, on last week’s episode of The Masked Singer, viewers saw two celebrities unmasked. The first one being Penguin, who was shown to be TV host and comedian Sherri Shepherd, and Black Widow, who turned out to be Disney Chanel star Raven Symoné.

The performers were brought back to the stage, and the judges began to hypothesize that Rottweiler, Fox, Thingamagig, and Flamingo might end up in the final four.