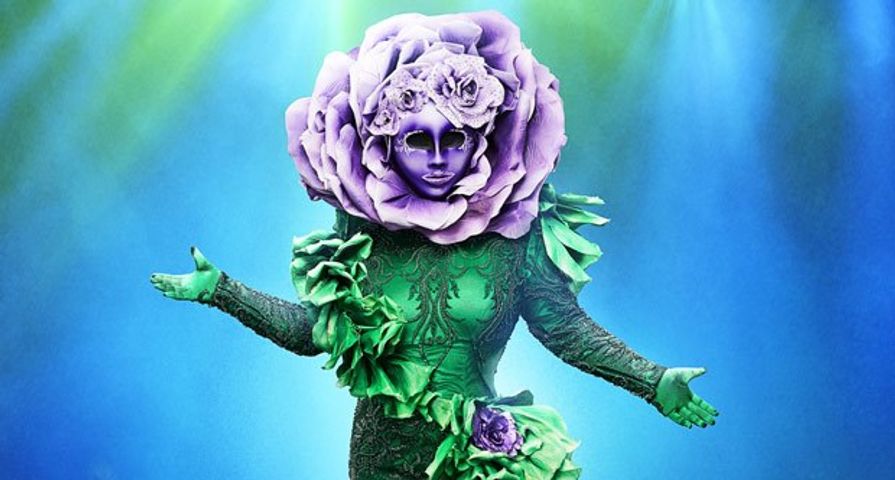 On Wednesday’s episode of The Masked Singer, the voice behind the Flower was eliminated.

Although Flower has risen to the top on numerous occasions with her show jawdropping performances one after the other, it seemed like she couldn’t beat her fellow contestants Flamingo, Leopard and Rottweiler according to the eyes and ears of the audience. Nick Cannon returned as emcee, as well as judges Robin Thicke, Jenny McCarthy, Nicole Scherzinger, and Ken Jeong with guest judge Joel McHale for the episode.

The audience and judges deemed Flamingo’s performance better than Leopard’s, and Rottweiler beat out Flower. As a result, this meant that Flower and Leopard would have to outperform each other to stay in the competition. The two contestants nailed their covers, Leopard performed “Don’t Cha” by The Pussycat Dolls, and Flower sang “Eye of the Tiger” by Survivor.

“This will be the hardest vote we’ve ever done on Masked Singer,” said McCarthy.

Unfortunately, the floral songstress was eliminated and revealed to be the Godmother of Soul, Patti LaBelle. The iconic singer was part of the girl group LaBelle, and she is best known for her songs like “Lady Marmalade” and “On My Own.”

In the wake of Flower’s elimination, only seven contenders remain: Flamingo, Leopard, Rottweiler, Mr. Fox, Tree, Thingamajig, and Butterfly. On last week’s episode of The Masked Singer, Ladybug was sent home and revealed to be singer and reality TV star, Kelly Osbourne.