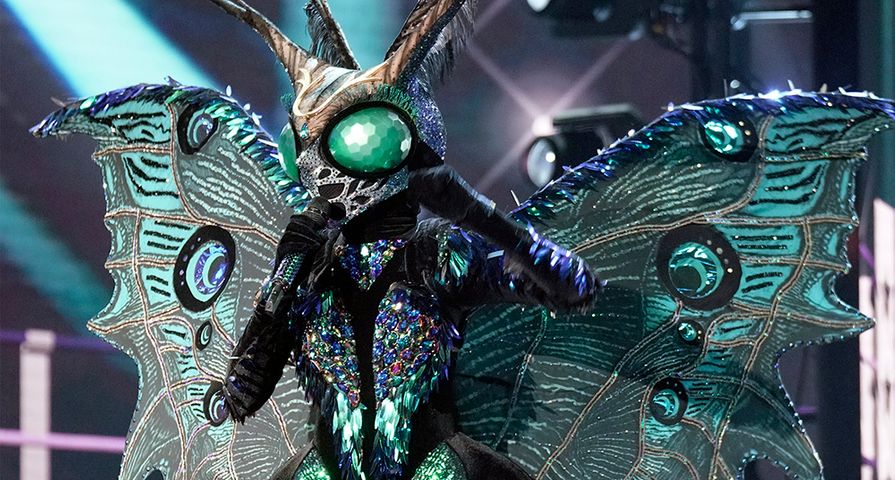 On Wednesday’s episode of The Masked Singer, the voice behind the Butterfly was revealed.

All four contestants – Butterfly, Fox, Thingamajig, and Tree – stood on stage and sang like never before. Everybody’s favorite judges Robin Thicke, Jenny McCarthy, Nicole Scherzinger and Ken Jeong were there, and this week Joel McHale joined as a guest judge. As usual, Nick Cannon appeared as emcee for the night.

Butterfly rocker her rendition of Demi Lovato’s “Sorry Not Sorry,” however, Fox’s cover of Chris Stapleton’s “Tennessee Whiskey” was too moving to beat, according to the judges and audience votes.

After the Butterfly and Fox’s performances, Thingamajig and Tree battled it out. The voice behind Thingamajig sang “Haven’t Met You Yet” by Michael Bublé. Following Thingamajig’s performance, Tree rocked their performance of “Total Eclipse of the Heart” by Bonnie Tyler and beat Thingamajig – sending them to battle it out with Butterfly.

Butterfly sang her heart out with her rendition of “Believer” by Imagine Dragons. The songstress thought she secured her position in the next round of the competition, but Thingamajig pulled one over here by singing “Caught Up” by Usher with complete confidence. The two performances had both judges and audience torn. “It’s almost painful,” McCarthy said about selecting a face-off winner.

However, the judges and audience couldn’t save Butterfly, and the songstress was eliminated and unmasked to reveal singer, actress, and former Destiny’s Child member Michelle Williams.

Two weeks ago, we saw which celebrity was under the mask of the Flower and the week before that Ladybug. Now, the only contestants remaining on The Masked Singer include Fox, Thingamajig, Tree, Flamingo, Rottweiler, and Leopard.

The Masked Singer returns next Wednesday at 9 p.m. ET on Fox.