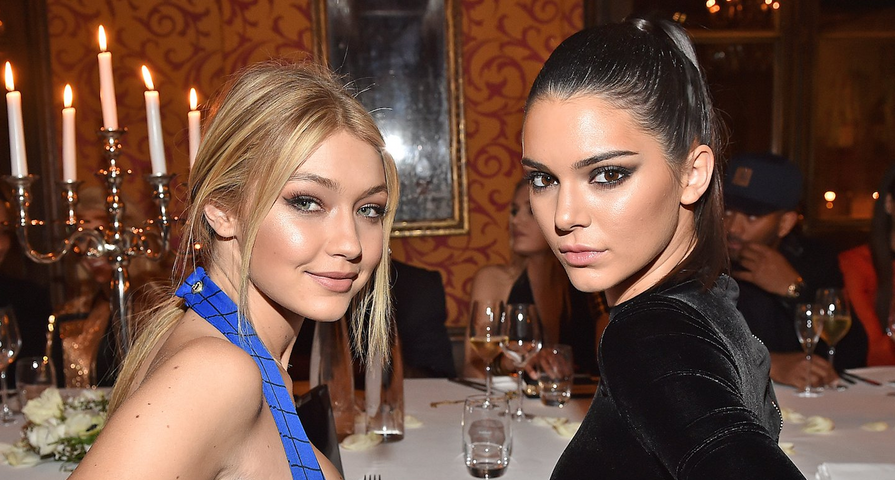 The quietest one of the Kardashian/Jenner clan is speaking out after being publicly dissed in a recent interview.

In a new interview with Vanity Fair, former supermodel Stephanie Seymour said that the current generation of social media models, led by Jenner and Gigi Hadid, don’t deserve the title of “supermodel.” Rather, Seymour refers to them as “b-tches of the moment.”

“They are completely different than we were,” Seymour told the magazine. “Supermodels are sort of the thing of the past. They deserve their own title. [Kendall and Gigi] are beautiful girls, and I support all of them, but they need their own title,” she said, then added, “B-tches of the moment! That would be a good title for them.”

Unlike others in her family (we’re looking at you, Kim!), Kendall tends to avoid getting caught up in public drama; however, Seymour’s comments struck a nerve. In an open letter on her website, Kendall wrote, “If you choose to be a cyberbully, I’m going to stick up for myself.”

“No one is trying to steal Stephanie Seymour’s thing, or trying to be her. I actually looked up to her. She has a daughter! I guarantee you that she didn’t imagine someone so publicly shaming her daughter when she made those comments about us being ‘bitches of the moment.’”

Kendall also encourages people to look at her and Hadid’s work ethic in the modeling industry, rather than what they should be labelled. “If people want to call Gigi and I supermodels now, it doesn’t take anything away from supermodels of the past. Obviously, I have so much respect for those women, but right now, we’re the models of this time. Significant? Maybe. Hardworking? For sure.”

Kendall has received positive feedback from other supermodel veterans, and said they’ve given her tips and helped her to build up her confidence as a model. She concluded her letter by saying, “That’s the classy way to behave and I fully intend on being a positive influence on anyone younger than me, my entire life.”