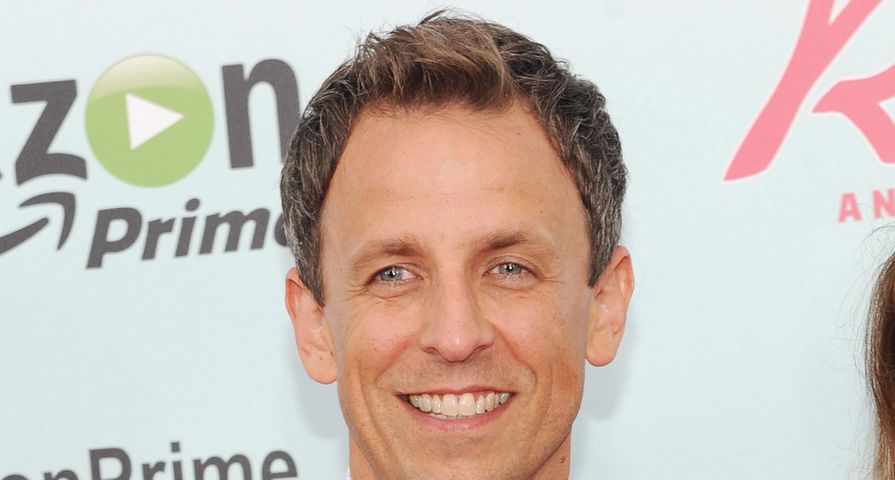 In a bold move, Seth Meyers has banned Republican party nominee Donald Trump from appearing on his late night talk show on NBC.

On his Tuesday night show, Meyers announced the ban – a response he felt was warranted after Trump’s recent actions towards The Washington Post. The major newspaper suggested that Trump had tried to place blame on President Barack Obama for the mass shooting in Orlando early Sunday morning. In response, Trump prohibited the newspaper from attending his campaign events.

Meyers addressed his audience by stating, “Yesterday, in the wake of the shooting in Orlando, Donald Trump gave a speech on terrorism in which he continued his Cal Ripken-esque streak of making inflammatory statements without any evidence whatsoever.”

When it comes to bigotry, Trump keeps upping his game,” the hosted added. “But even for Trump, Monday was a new low. For one thing, Trump banned a major newspaper from reporting on his campaign, and it’s not even the first time he’s done that.” Trump also banned other news outlets from his campaign that include The Daily Beast, BuzzFeed, The Huffington Post, and Politico.

“As for The Washington Post, we here at Late Night believe in freedom of the press and therefore have decided to stand in solidarity with them,” Meyers said. “So as long as the The Washington Post is banned from Donald Trump’s campaign, Donald Trump will be banned from ever coming on this show. You missed out, buddy. … We could have driven around together while you yelled out the window at immigrants in Carpool Scary-oke.”

“Although to be fair, he wasn’t coming on anyway, let’s be honest: He had no interest in being here,” he cheekily added.

Members of the White House Correspondents’ Association are also considering actions like a boycott to show support for The Washington Post.