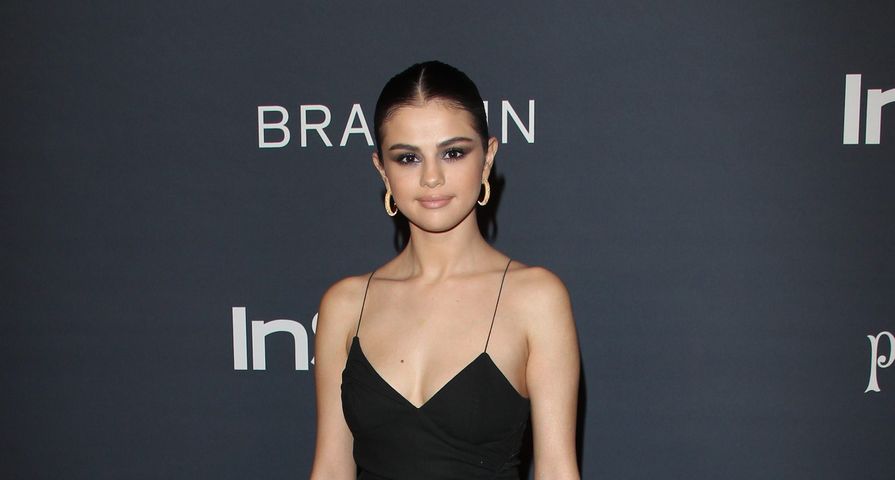 Selena Gomez is one of Hollywood’s most glamorous and polished style icons! She consistently delivers on the red carpet and has even single-handedly started the new must-have trend with her street style looks.

On October 23, Gomez stepped out at the InStyle Awards in Los Angeles wearing quite the risky shoe pairing! The actress and singer rocked a simple little-black slip dress that featured spaghetti strap detailing and an asymmetrical hemline. She slicked her hair back in a flattering low bun and kept the jewelry minimal aside from a pair of statement hoop earrings.

The entire look seems relatively safe and simple, aside from her shoes that is! The star rocked a pair of nude heels with mismatched wood accents as the heel. One heel is a yellow ball and the other includes three wooden blocks in different shapes. We’ve seen geometric footwear before, but this mismatched style designed by Jacquemus takes the trend to a whole other level!

Believe it or not, Selena isn’t the first celebrity to rock mismatched shoes in the past few weeks. Model Emily Ratajkowski rocked the exact same bold heels at a Vogue event during Paris Fashion Week. Check it out below and let us know what you think!

What do you think of the mismatched footwear trend? Love it or hate it? Let us know below!