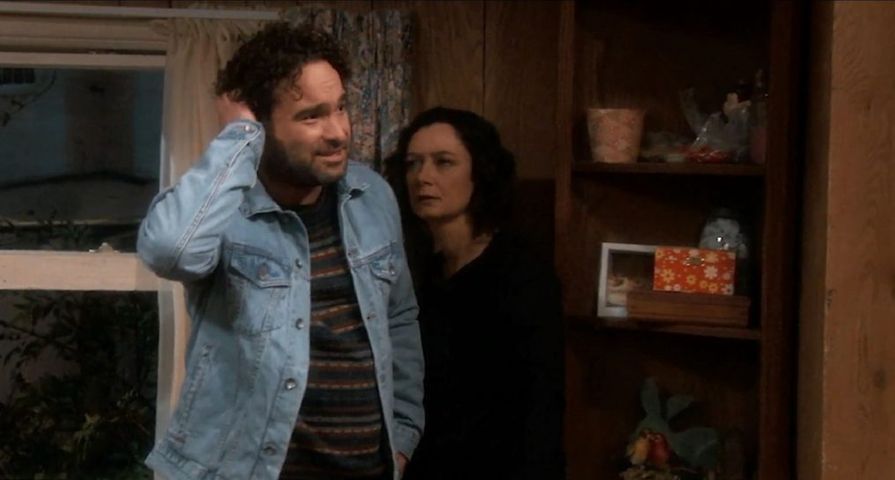 Roseanne: Behind The Scenes Secrets
ABC

While Johnny Galecki was just as excited as anybody about the revival of Roseanne this year, the actor couldn’t be as involved as all the former stars.

As one of the main stars of The Big Bang Theory on CBS, Galecki’s contract only allowed him one appearance as David on the ABC sitcom, which happened in the Tuesday, April 17 episode “Darlene v. David.”

With only a half-hour episode to deal with David’s absence and return, and leaving again, it all started with him crawling through Darlene’s window like he used to because he is still scared of Dan.

It is revealed that David had been away working for some sort of non-profit organization, but upon his return he tells Darlene that he wants to return to Lanford as well — but with his new girlfriend named Blue.

“Blue made me see so many things,” he tells Darlene. “I was in denial. I thought Harris and Mark were better off without me… when I left you and the kids, I rationalized it was okay because I was helping people. But my brother died and I was overwhelmed by the responsibility and I just ran.”

The two end up hooking up and as Darlene starts imagining a reconciliation, her family steps in to remind her how awful they are as a couple. While that was it for Galecki’s return this season, the fact he is signing a lease to live in Lanford has many wondering if they are leaving the door open for the actor to have a bigger role when the revival returns with its next season.