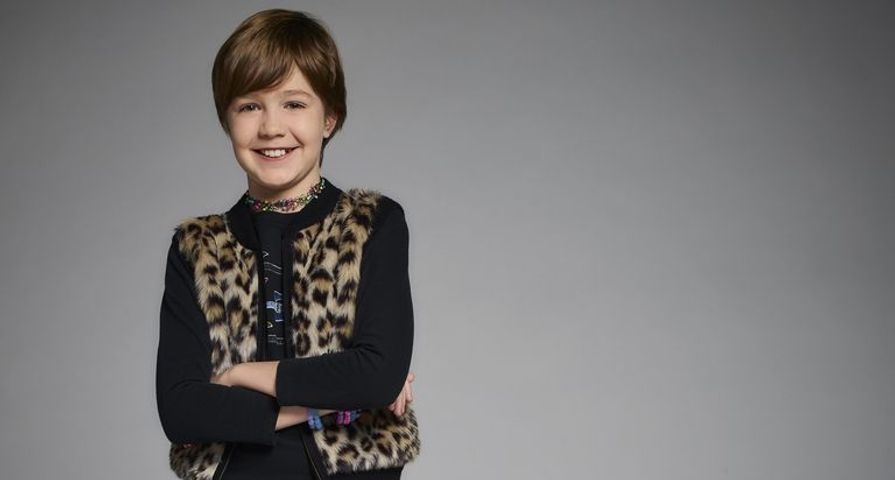 As everyone is gearing up for Roseanne‘s big return to TV with a special 1-hour premiere on March 27, more and more is being revealed about what fan’s can expect from the highly anticipated tenth season.

A lot has changed on TV and in the world since Roseanne originally came to an end in 1997, and to keep up with the times, the show is introducing all kinds of new characters of different races, views and beliefs. One of these new characters will be Darlene and David’s 9-year-old son Mark, played by actor Ames McNamara, will be gender-nonconforming.

Entertainment Weekly wrote that the character of Mark was written to “represent the world” we live in today and it is important to note that while Mark is gender-nonconforming, it simply means he likes to wear girls’ clothing but does not identify as gay or transgender. It has already been confirmed that at least one episode will be centered around Mark and his clothing choices.

Sara Gilbert, who reprises her role as Darlene and is Mark’s mom in the show, is also a writer on the new Roseanne season and talked about their choice to include a gender- nonconforming child. “He’s a little boy… based on a few kids in my life that are boys who dress in more traditionally feminine clothing,” she told Entertainment Weekly. “He happens to dress that way [and] he’s an amazing, creative, brilliant kid, which you will see… I don’t want to pigeonhole him and say just because he dresses this way that’s the only thing about him.”

“[Roseanne] is a show that’s always been able to represent the world and talk about it without being so issue-heavy,” she continued. “We can do it through the dynamics of the family. I know kids like that and it seemed like a great character.”

Gilbert told TVLine, “Sensitive and bright, Mark occasionally likes to wear girls’ clothing. It’s inspiring to see so much talent at such a young age. Some people are born with abilities beyond their years. Ames is one of those people.”