Home » Trending News » Roseanne Returns: How Did They Explain Dan’s Return From The Dead?

Roseanne Returns: How Did They Explain Dan’s Return From The Dead? 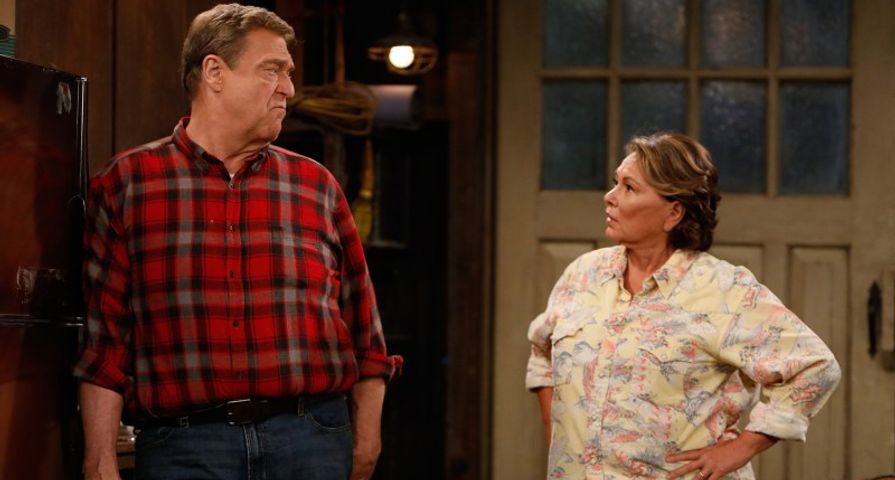 Tuesday, March 27 was a big night for ABC as the network welcomed the beloved Conner family as the Roseanne revival enjoyed a special one-hour premiere.

One of the biggest questions heading into the revival premiere was how they were going to explain some major changes between the original show’s ending and the revival’s premiere including the fact that John Goodman’s Dan Conner is alive and well.

The hour-long premiere opened with Dan startled awake by Roseanne as he removed a sleep apnea mask from his face. “What happened?” he said as his wife joked, “I thought you were dead!”

“I’m sleeping! Why does everybody always think I’m dead?” Dan told her, referencing the serious heart attack he suffered at the end of the series finale.

“You looked happy. I thought maybe you moved on,” Roseanne snapped back.

They don’t really address the unanswered questions until later in the second half of the episode where Dan finds the transcripts for Roseanne’s book that she was writing. This would have sold like hotcakes, if only you hadn’t killed off the most interesting character. He was a gentle giant,” he tells Roseanne, embracing her in a hug. You know what really would have helped though? More bondage and a wizard school,” she adds, nodding to the massive franchises of  Fifty Shades of Grey and Harry Potter series.

The premiere also joked about the fact that both actresses who play Becky are starring in the revival. Upon meeting her for the first time, Becky (Lecy Goranson) tells Andrea (Sarah Chalke), “I can see why you picked me! We could be the same person.” Andrea responds, “It’s like looking in the mirror before I put my makeup on.”