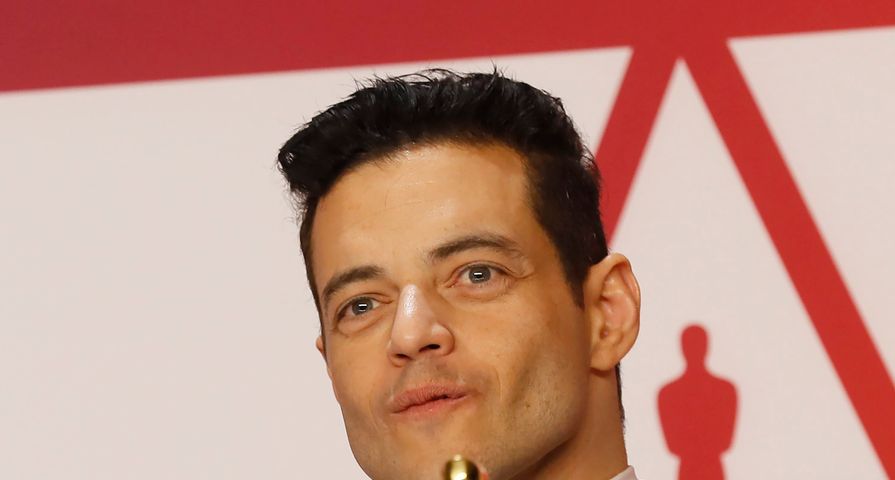 Actor Rami Malek had a big night, and a big fall at the 91st Academy Awards on Sunday, February 24.

The 37-year-old had just won one of the biggest awards of the night with the Oscar for Best Actor for his performance as Freddie Mercury in Bohemian Rhapsody when he took quite the tumble off the stage.

According to PEOPLE, “Paramedics were then called to treat the actor, who was moved into a chair in the front row and then onto a more private area backstage. Despite the fall, the actor did not show any outward signs of being injured as he spoke in the press room after the incident.”

It seems, Malek may have just been stunned by the win, as he reflected afterward: “The one thing I can say about this, as an actor, there are so many of us who dream of one thing. Perhaps it’s not this, it’s just getting a job,” he said. “The fact that I have this is beyond any expectation that myself or my family could have ever had. I’ll just say that.”

The actor thanked his family, the band Queen, and producer Graham King in his sentimental acceptance speech. “My mom is in here somewhere, I love you. I love you, lady,” Malek said while accepting the award. “My family, thank you for all of this. My dad didn’t get to see me do any of this, but I think he’s looking down on me right now. This is a monumental moment.”

“I’m so appreciative to all of you, to everyone who has had a hand in getting me here,” Malek continued. “To the Academy, to people who took a chance on me every step of the way. Graham King, [producer] Denis O’Sullivan, everyone at Fox and New Regency, thank you guys so much. I might not have been the obvious choice but I guess it worked out. Thank you Queen. Thank you guys for allowing me to be the tiniest part of your phenomenal, extraordinary legacy. I am forever in your debt.”

He concluded by thanking girlfriend Lucy Boynton, who he fell in love with while filming the movie as Boynton plays Mercury’s former fiancee. “Lucy Boynton, you’re the heart of this film,” he concluded. “You are beyond immensely talented you have captured my heart. Thank you so much.”

Since its release in November, Bohemian Rhapsody has racked up over $900 million in the world box office.