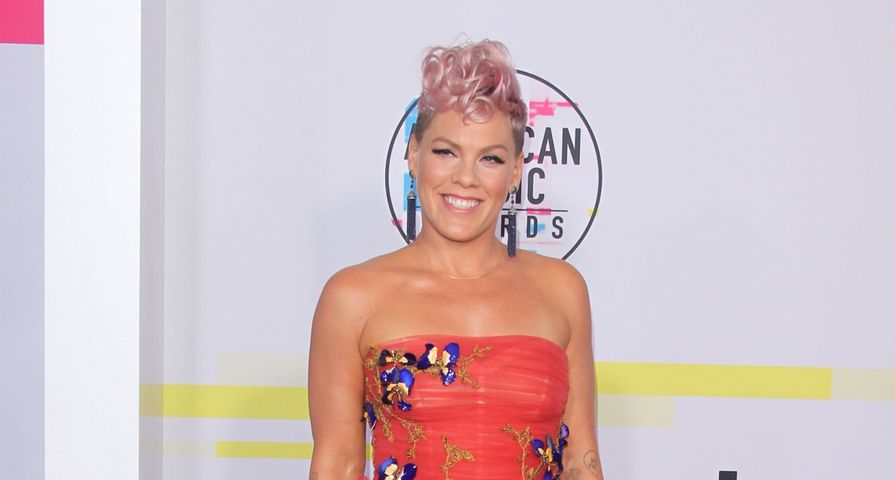 Only months after Pink opened up about how she and fellow singer Christina Aguilera had mended their feud, the internet tried to tear the two ladies apart again, and Pink isn’t having it.

As the American Music Awards aired on Sunday night, many took to their social media to comment on how Pink seemed to be reacting to Christina Aguilera’s Whitney Houston tribute, claiming that she was cringing as Aguilera sang.

Pink quickly took to her social media however to deny the rumors and to slam haters who seemed focused on creating drama between the two singers. After someone tweeted, “@Pink and @Xtina deaded their beef last year and have been FRIENDS since. respecting each other’s amazing talent as grown women. stop creating something out of nothing @TheShadyFacts,” Pink replied with, “Yes. THIS. Christina f–king killed it tonight for one of our favorite singers ever. This about Whitney, and I am in awe of Christina’s talent. Show the clip where I’m in tears, you negative Nancy’s.”

The 38-year-old who also performed that night, continued by later tweeting, “Waking up to see a newly created riff between myself and another incredible woman, Christina, who took on an incredible feat. who I supported fully, makes me so sad. You all perpetuate keeping women apart b/c you’re afraid of the power we have when we get together.”

She continued,  “I choose to remember last night as being a celebration of women, of Diana [Ross], of Whitney, of love and life and joy and all things good. THANKYOU to everyone that had the courage to take that stage- wether it be right side up or sideways. All love.[sic]”

Although the pair did have a famous feud year ago, Pink revealed the two women are way past it in an interview earlier this year.