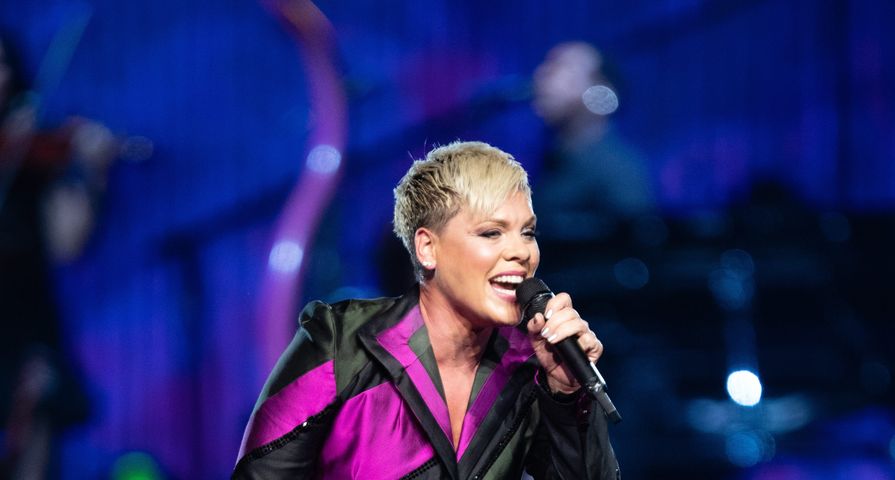 Out of all the celebrities out there, Pink has never been afraid to share her opinion and respond to anything she disagrees with which is what caused her to take to her Instagram after tabloids accused of her canceling shows so she could relax at the beach.

After battling sickness and bringing both her kids on tour this time around, the singer made the decision to postpone her recent Sydney show when her sickness became too much, but soon caught backlash when pictures of her on the beach surfaced. Pink shared a photo of herself on the beach with her daughter Willow with the headline, “Pink’s Sydney concert cancelled as she chills in Bryon Beach,” underneath and shared a message to her fans after being offended by the image and words.

“I don’t need to clear this up, but out of respect for my fans I will attempt it,” she began. “I scheduled this tour meticulously, trying to do what was best for my children, while also putting on the best and most physically demanding and beautiful show of my life. This break in Byron has been scheduled since 2017, as a way to get outside the hotel and the winter and have some time with my children.”

She continued, “I’ve already been sick twice (kids as well)on this Australian tour, but the first time we got sick, I was able to push through. This time, what these parasite paparazzi don’t show you, is two doctor visits in Byron on two consecutive days, antibiotics, steroids, Vick’s, nose spray, throat spray, more steroids, NyQuil, a screaming baby in the middle of the night, every night, while mama gives him warm baths and tells her daughter everything is fine.”

“You can think whatever you want, it’s your right, but I have never taken advantage of any one in my entire life. I have never fucked off while disrespecting hard working people who spend money to come see me play. I have never phoned in a single tour, I have an impeccable record for not cancelling. I mother with everything I have whilst handling all the rest. The snark in this is unbelievable and makes me long for a nicer world. I’m doing the absolute best I can, and you can believe it or not.”

She concluded,”What they don’t show you in this picture is me drinking water and lying down while my friends try to entertain my 7 year old who is asking me why these creepy men are surrounding us and pacing back and forth and taking pictures of her every move. I will see everyone tomorrow whether I’m better or not, and the postponed show will be rescheduled. As I said, I’m sorry to the real fans who this situation has affected. Onwards and upwards.”