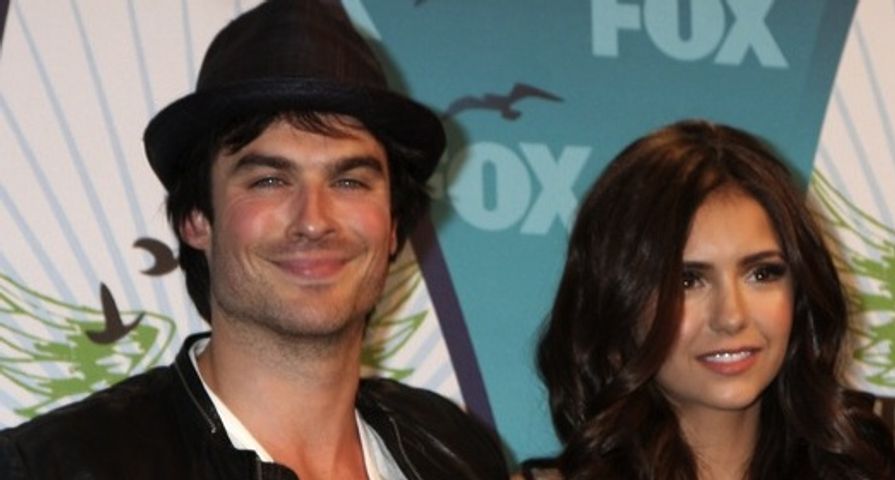 Nina Dobrev and Ian Somerhalder are exes – who kiss at award shows!

After a staged-but-adorable awkward silence, Nina held up her statue and said, “It’s a good thing we have chemistry,” after which Ian planted a big kiss on her. Check out the video to see the steamy, surprising kiss!

Are they really broken up?

Nina, who turns 25 today, and Ian, 35, dated for three years but called it quits back in May. Still, they’ve remained friendly ever since.

“People aren’t defined by their relationships,” she told Cosmo after the breakup. “The whole point is being true to yourself and not losing yourself in relationships, whether romances or friendships.”

She also says she’s “old fashioned” about dating. “A lot of what attracts me is a guy’s mind and humor and talent,” she dished. “A man in a suit looking put together and dapper is very attractive, but I also link of like the I-just-rolled-out-of-bed, a-little-bit-of-scruff, effortless, not-trying-hard-but-still-sexy guy.”

Check out the video to see the kiss!