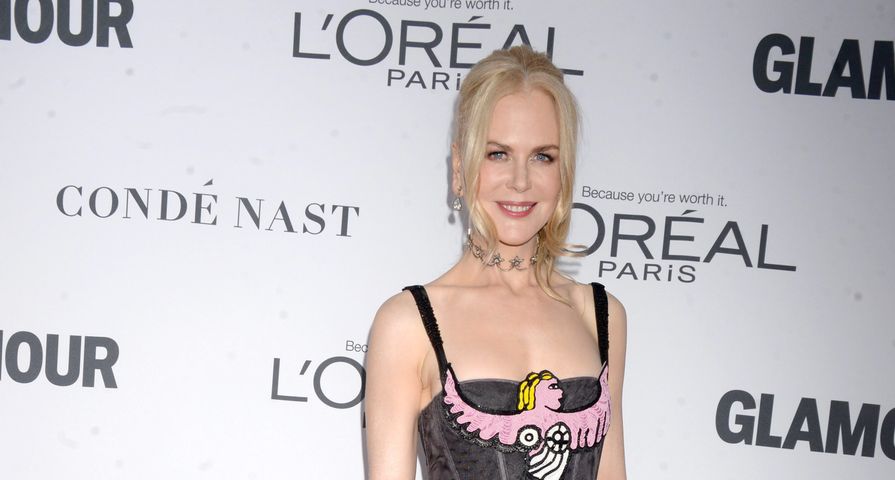 Emmy-winning actress Nicole Kidman stepped out at Glamour’s 2017 Women of the Year Awards wearing a highly questionable, cartoon-like dress! The actress has a typically impeccable sense of style and rarely steps out wearing a fashion miss, so this choice of outfit definitely raised some suspicion.

The Christion Dior dress featured an image of a woman with her wings fully outstretched across the bust of the dress and she later explained the metaphor behind the design. The feminist-themed dress featured a black tiered skirt that had a pink underlayer and she paired the look with a chunky diamond choker and simple strappy sandals.

When she stepped up on stage, Kidman revealed the powerful message behind her choice of dress. “I’m wearing wings tonight, and I tell you, to all of those young girls and boys sitting up there in that balcony, even if your wings get clipped, you can build them back and you can fly,” she explained to the audience, which definitely put some context behind her confusing cartoon attire.