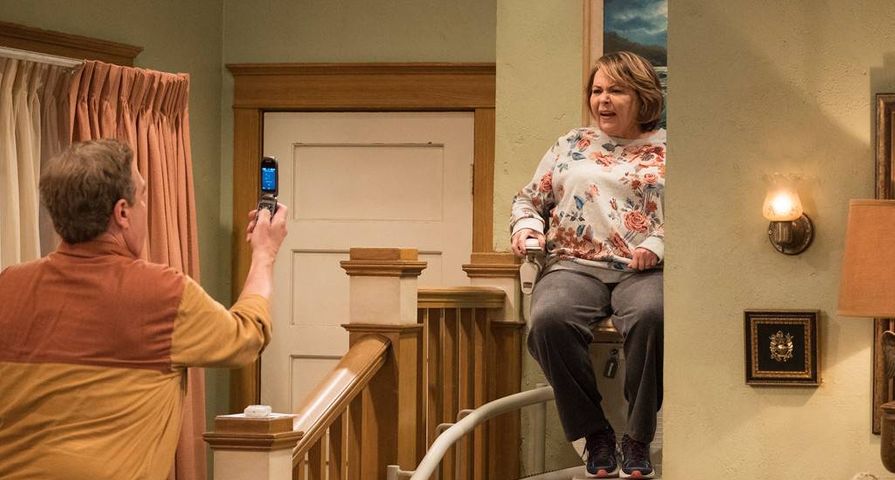 The highly anticipated Roseanne revival drops in exactly one week on Tuesday, March 27 and ahead of the premiere, an all new trailer has revealed Johnny Galecki’s return as David!

The new trailer features quite a few new scenes showcasing other characters from the nine-episode first season of the revival including Galecki’s return as Darlene’s longtime love and now ex, David Healey. David, clearly thrilled to be back in the Conner’s house says, “They kept everything exactly the same as it was when you guys were kids,” to which Darlene replies, “It’s a decorating choice called poverty.”

Another scene has Michael Fishman as D.J. and Gilbert’s Darlene questioning Roseanne and Dan about whether or not they get points on their credit card. Roseanne responds, “We get threats. Is that the same thing?” Meanwhile, a full scene with Ames McNamara as Darlene’s son Mark shows off the show’s first ever gender-nonconforming character as he compliments his grandfather Dan on his “nail polish” and Dan says, “That’s drywall, son.”

The trailer ends with Roseanne threatening someone upstairs, yelling, “I’m on my way…and I mean business!” as her chair lift slowly takes her up the stairs.

Of course the number one question for fans is how is Dan alive after being killed off in the original series, and while the answer has not been revealed, Barr has promised it will be addressed in the first episode! Meanwhile, those who are concerned that the new show will be “too political” will be relieved to know that while politics will be a discussion had by the family, it will not be a central focus.