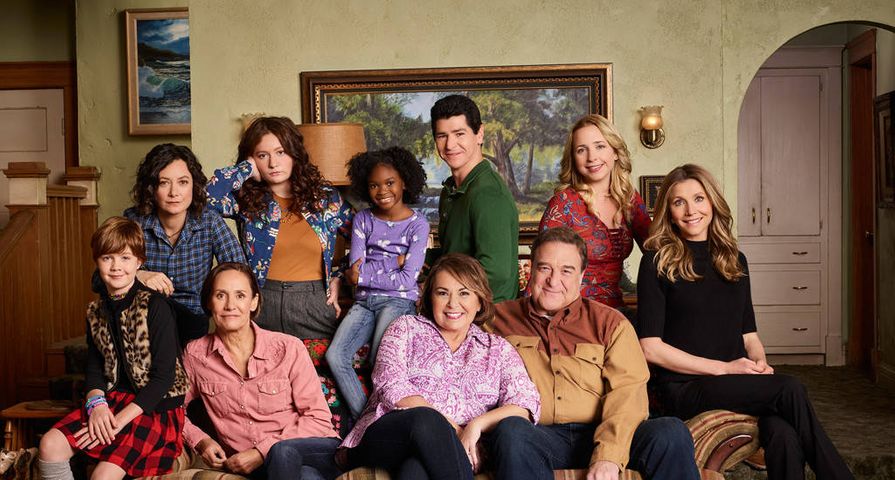 ABC is just over a month away from the launch of its highly anticipated revival of the beloved sitcom Roseanne, and a new trailer is tackling the fact that Dan Conner is very much alive in the revival with a joke.

The new trailer shows behind the scenes of the iconic cast coming together for a table read of the new revival which stars Roseanne Barr, John Goodman, Laurie Metcalf, Lecy Goranson, Michael Fishman, Sara Gilbert, and Sarah Chalke.

As the cast and crew sit down on that table, Roseanne begins her lines: “Dan!” Goodman responds, “What!?” and Roseanne says, “I thought you were dead,” as laughter resonates.

After news of the revival broke and along with it that John Goodman would be back as Dan, fans had a lot of question as they remembered that, at the end of the series, Roseanne revealed that the storyline of Dan cheating on her was all made up, and he had actually died of a heart attack. Other plot developments were changed as well, including the fact that Darlene did end up with David, and Becky and Mark ended up together.

“I wouldn’t say that it is ignoring the events of the finale, but I can confirm that Dan is definitely still alive,” ABC president Channing Dungey said at the Television Critics Association summer press tour, confirming that the cast didn’t want to do a revival without Dan, so they reworked the whole death scenario.

As for Goodman, he said he “didn’t really care” how they dealt with his character seemingly coming back from the dead but did say, “I thought it was a clever way to do it, handle it and get it out of the way.” Fans can also be rest assured that the whole mystery will be dealt with early on in the first episode of the revival.