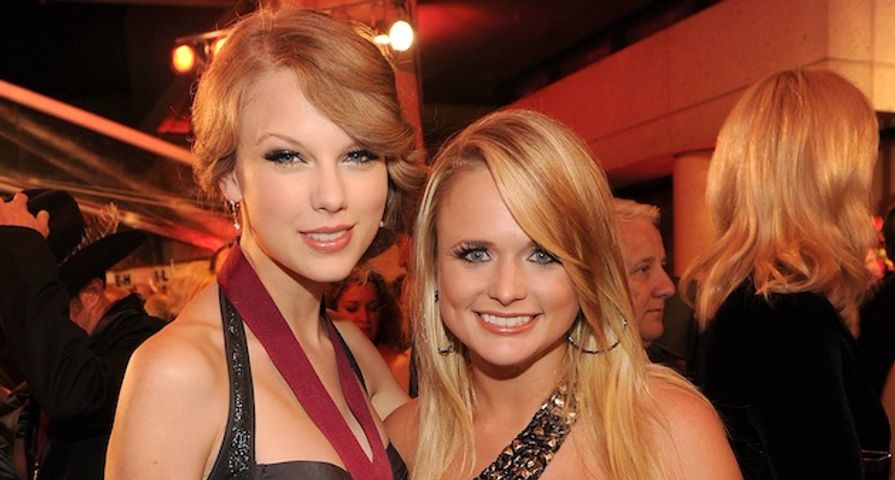 10 Most Shocking Revelations From The Blake/Miranda Divorce
Source: Taste of Country

During her epic “1989 World Tour,” music superstar Taylor Swift has had a lot of famous faces join her on stage from fellow pop stars to models to actors and actresses to rappers, and of course, big country stars.

Swift went back to her country roots yet again when she brought out Miranda Lambert as her surprise guest during her concert in Greensboro, North Carolina on Wednesday, Oct. 21. “Make some noise guys, ’cause Miranda Lambert is here!” Swift told the crowd who went wild at the news.

Lambert then joined former country star Swift on stage donning her very own 1989 shirt and the pair blew the roof off the venue with a rendition of one of Lambert’s newest and sassiest hits, “Little Red Wagon.”

After the show, Swift took to her Instagram page to share quite a few images and videos from the big night including the newly single Lambert performing the hit while sitting atop a throne of men. Over the course of her tour, Swift has welcomed other big country names to the stage including Sam Hunt, Dierks Bentley and The Band Perry.

Lambert is next scheduled to perform at the 2015 Country Music Awards on November 4, while her ex-husband Blake Shelton is also on the list of performers and will mark the first time the two reunite in public since announcing their divorce in July.