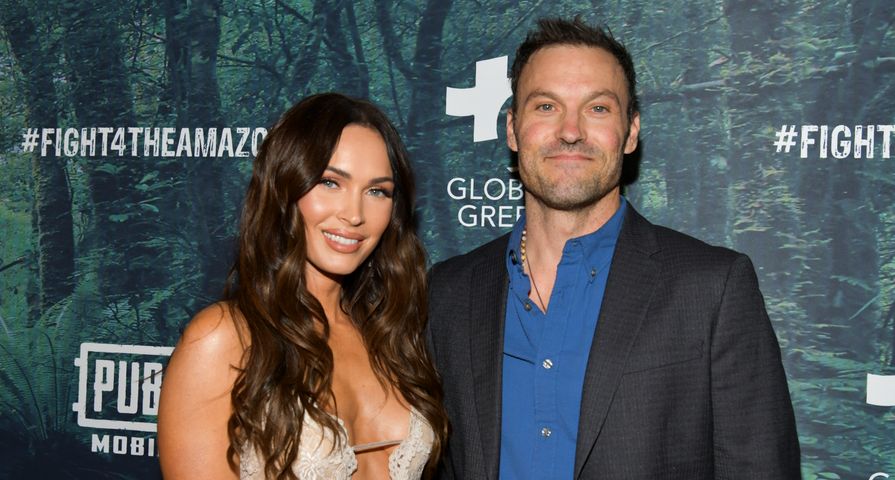 Megan Fox and Brian Austin Green, who tied the knot in 2010, stepped out on Monday for the PUBG Mobile’s #Fight4TheAmazon event at Avalon Hollywood, for their first red carpet appearance together in five years.

Fox showed up in a light pink, lace-adorned, satin dress with a plunging neckline that looked stunning on her at the charity event. Her husband wore a dark grey suit, blue dress shirt, and brown loafers for the affair.

Fox and Green – who share three sons, 7-year-old Noah, 5-year-old Bodhi, and 3-year-old Journey – were flaunting their love as they were all smiles and cuddling up with each other in between posing for pictures at the event. Other stars who attended the fundraiser included Gabrielle Carteris, Nikki Bella and Demi Burnett.

Before the charity gala, the couple’s most recent red carpet appearance together was back in 2014 when they both attended Ferrari’s 60th Anniversary for the U.S. based event.

Back in 2015, the Transformers actress filed for separation after five years of marriage and 11 years together. Then next May, she became pregnant with their third child and confirmed that she and her estranged husband at the time had reconciled. In April 2019, Fox officially filed to dismiss her separation case against Green.

In September, the actress revealed to Entertainment Tonight that becoming a mom helped the couple through a difficult time in Hollywood.

“I think it took getting pregnant – that was the first real breakthrough where my consciousness shifted and my mind opened up and I was able to see from a birds eye view and breath and take it in,” Fox told Entertainment Tonight. “And then another kid, and then another kid and with every kid I feel like that’s always been the doorway into a better version of myself.”