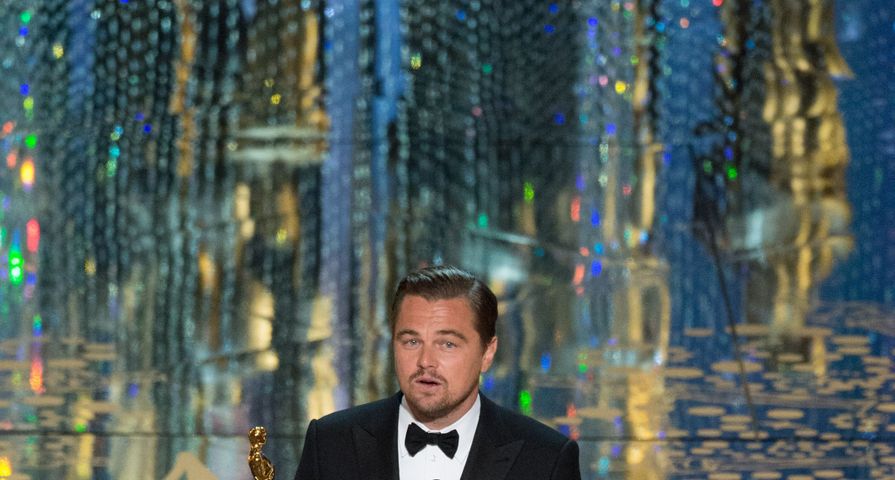 The sixth time was the charm for the iconic actor who had been nominated for a prestigious Academy Award five times before his win last night, taking home the award for Best Actor for his portrayal of Hugh Glass in The Revenant.

DiCaprio understandably sprinted to get his award, receiving a standing ovation and stated, “Thank you all so very much. Thank you to the Academy, thank you to all of you in this room. To my parents, none of this would be possible without you. My friends, I love you dearly. You know who you are.” Instead of lamenting his long road to the Oscar win, or list of everyone in his life to thank, DiCaprio used his speech for good, talking about climate change which he has been a long time activist for. “Climate change is real. It is happening right now. It is the most urgent threat facing our entire species and we need to work collectively together and stop procrastinating. We need to support leaders around the world who do not speak for the big polluters, the big corporations, but who speak for all of humanity, for the indigenous people of the world. For the billions and billions of underprivileged people who will be most affected by this. For our children’s children and for those people out there whose voices have been drowned out by the politics of greed.”