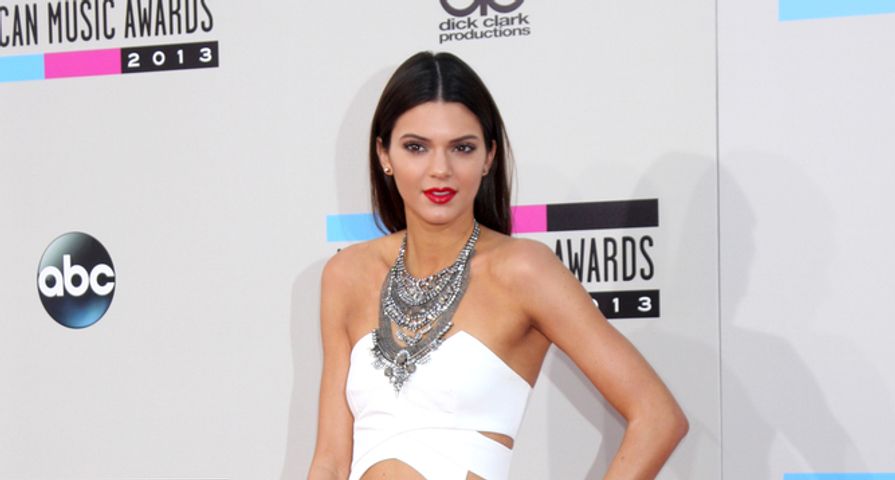 At only 19-years old, Kendall Jenner is on the verge of overshadowing all the siblings in the Kardashian-Jenner clan.

This year Kendall has taken the modeling world by storm, walking the catwalk all over the world and taking on critics and bullies who say she is only getting work because of her famous family.

Kendall claims she has worked really hard for her success and it is paying off as she recently announced a huge contract she signed as the new face of Estee Lauder.

While she had to keep her contract a secret for a little while, she of course told her mom Kris Jenner, who burst into tears, “My mom was the only person I told. She was crying, but then she cries at everything,” Jenner stated.

The young star is known for always looking great without overdoing her makeup, a skill she says she owes to her older sisters.

“Randomly enough, my older sisters went to a makeup school when they were younger, so they’re all really good at it. They’ve always told me that ‘natural is better.'”

Kendall has never shied away from displaying her look and is a huge fan of posting to Instagram, an attribute that helped her land the Estee Lauder gig.

“[Kendall] is the ultimate instagirl, and we are excited to leverage her image, voice, energy and extraordinary social media power to introduce Estee Lauder to millions of young women around the world,” stated Jane Hertzmark Hudis who is the global brand president of Estee Lauder.

As the ultimate “instagirl” Kendall also shared some tips for getting the best Instagram photos.

“Lighting is a big thing. If you’re not in the right light it just won’t work. I’m not into using too many filters, either. I like to keep it pretty natural or black and white is always cool. But above all, you have to know your face: everybody has their good side. And practice! Practice makes perfect,” she told in 3 Minutes With interview for Estee Lauder.