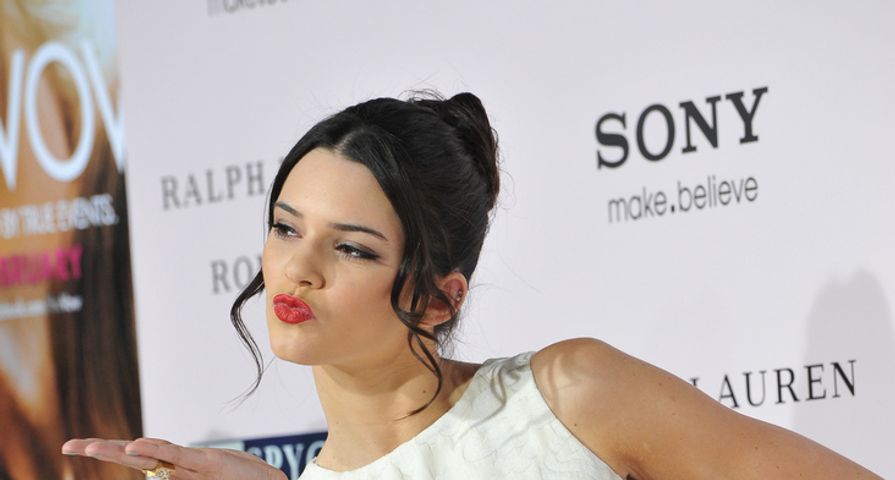 Kendall Jenner has skyrocketed to success in the modeling world — but she credits her succeess to hard work, not her famous family.

The second-youngest Kardashian sister, 19, was recenty named the face of Estée Lauder, prompting critics to claim that she only got the gig because she is one of the Kardashians.

Kendall says that’s not so: “I’m not trying to use a family name or anything,” Jenner said in an interview with Nightline. “In reality I worked pretty hard for this… It wasn’t like I just got it magically and it just happened.”

Kendall, who has walked runways in New York, Milan, and Paris and starred in a Givenchy print campaign, does admit that her rise to modeling fame has been quick. “It happened so fast. I feel so blessed,” she said.

Although she’s clearly worthy of her supermodel status, the social media presence Kendall has built from appearing on Keeping Up With the Kardashians certainly helped her land the Estée Lauder job.

“Bridging the worlds of high fashion, entertainment and social media, Kendall is a modern beauty who represents a whole new generation of women who live, breathe and share beauty, fashion and life 24/7, on their own terms, in a visually compelling way,” said Jane Hertzmark Hudis, global brand president of Estée Lauder.

Kendall has over 30 million followers on her social media accounts.