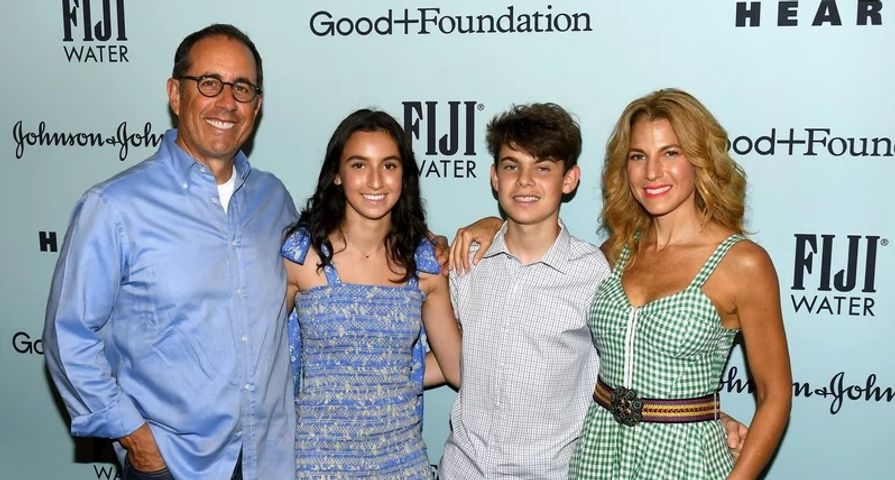 Jerry Seinfeld has been famous for decades and it is impressive how well he has been able to keep his private life out of the spotlight.

On Wednesday, June 5, however Seinfeld made a rare public appearance with his wife Jessica and two of their children for the Good + Foundation’s 2019 Bash which was hosted by Jerry and Jessica Seinfeld.

Jerry and Jessica walked the red carpet for the event with their 18-year-old daughter Sascha, and their 13-year-old son Shepherd Kellen, but their 16-year-old son Julian Kal was not in attendance.

At the event Seinfeld, 65, opened up about parenting three teenagers and about his daughter going to prom with her boyfriend. “I really was determined not to be those dads. I hated those dads when I was a kid dating and you would go to a girl’s house and the father would be so mean and I don’t want to be that guy.  You feel those feelings. You feel possessive and protective but I refuse to be one of those disapproving dads,” he said of his parenting style. He added that when it comes to his daughter’s boyfriend, “We’ve known the young man, it’s a relationship so it’s nice.”

“We just try to build decent human beings,” he also told Us Weekly at the event of raising his children. “We’re not trying to beat them over the head that they have to give back. … The only way to really do it, we believe, is by doing it yourself and modeling it and hopefully they follow.”