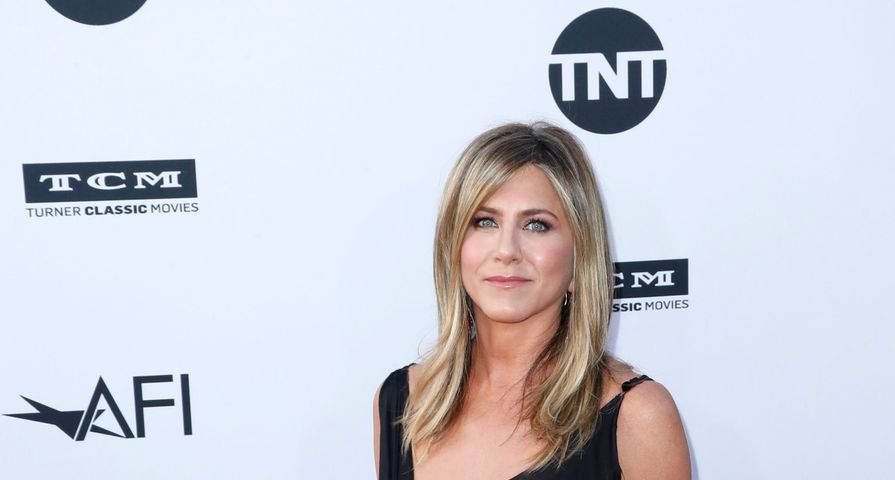 For decades now Jennifer Aniston has been used to her life being plastered all over the tabloids, but in her new interview with InStyle, the actress made it clear she is sick of people making assumptions about her personal life.

For the September issue of the publication, the beloved star opened up for the first time about her split from husband Justin Theroux five months ago and all the tabloid fodder that has come after. “For the most part I can sit back and laugh at the ridiculous headlines because they have gotten more and more absurd. I guess they’re feeding into some sort of need the public has, but I focus on my work, my friends, my animals, and how we can make the world a better place. That other stuff is junk food that needs to go back in its drawer,” Aniston replied in response to the endless rumors about her getting back together with ex Brad Pitt or supposedly always being pregnant.

She continued, “The misconceptions are ‘Jen can’t keep a man,’ and ‘Jen refuses to have a baby because she’s selfish and committed to her career.’ Or that I’m sad and heartbroken. First, with all due respect, I’m not heartbroken. And second, those are reckless assumptions. No one knows what’s going on behind closed doors. No one considers how sensitive that might be for my partner and me. They don’t know what I’ve been through medically or emotionally. There is a pressure on women to be mothers, and if they are not, then they’re deemed damaged goods. Maybe my purpose on this planet isn’t to procreate. Maybe I have other things I’m supposed to do?”

Aniston added that one of the things that bothers her the most is the sexism women experience regarding their personal lives in the media. “Women are picked apart and pitted against one another based on looks and clothing and superficial stuff. When a couple breaks up in Hollywood, it’s the woman who is scorned. The woman is left sad and alone. She’s the failure. F that,” the actress said. “When was the last time you read about a divorced, childless man referred to as a spinster?”

While she admitted that sometimes it all just wants to make her move to Switzerland and disappear, she confirmed she is not actually going anywhere anytime soon. “I’m grateful as long as people still want me to come to the party. I think I’ll always want to keep acting as long as there’s a desire for me to do it,” she stated. “As long as I’m fulfilled in other ways creatively, spiritually and all of that stuff, I know that I could do this until they put me in a home.”