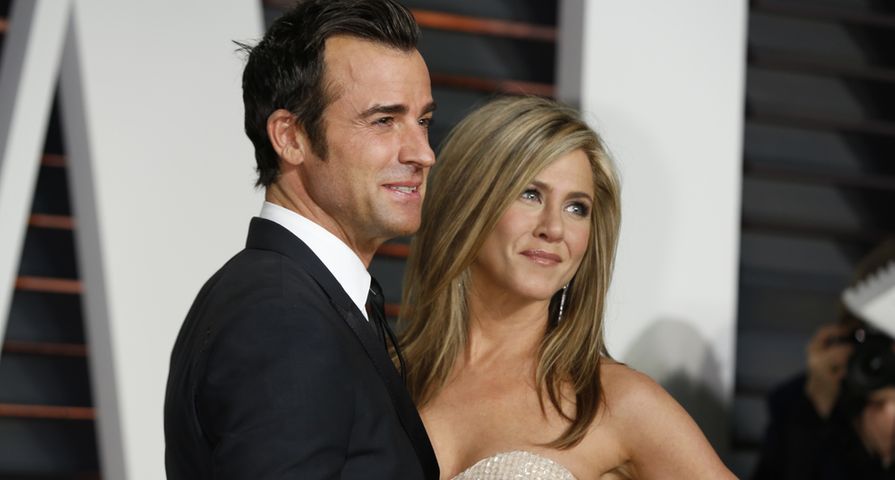 According to Us Weekly, the two were recently spotted together on vacation in Mexico in a last-ditch effort to save their marriage. The duo vacationed in Cabo San Lucas with Aniston’s Horrible Bosses costar Jason Bateman and his wife, Amanda Anka. “Jason Bateman’s wife convinced Justin to go to Cabo. She has been the mediator in recent months, trying to get Jen and Justin to work through their problems and save their marriage,” an insider revealed of the getaway. “The Cabo trip was a make or break vacation for Jen and Justin. They went away with their friends hoping to have fun and work on it.”

Unfortunately, the romantic getaway didn’t go as planned. “The guys and girls hung out separately in Mexico,” the source noted. “It didn’t work.”

Aniston and Theroux had been married for two years and together for seven. They announced their separation in a statement to Us Weekly. “In an effort to reduce any further speculation, we have decided to announce our separation.  This decision was mutual and lovingly made at the end of last year,” the statement reads.

“We are two best friends who have decided to part ways as a couple, but look forward to continuing our cherished friendship. Normally we would do this privately, but given that the gossip industry cannot resist an opportunity to speculate and invent, we wanted to convey the truth directly.  Whatever else is printed about us that is not directly from us, is someone else’s fictional narrative. Above all, we are determined to maintain the deep respect and love that we have for one another.”