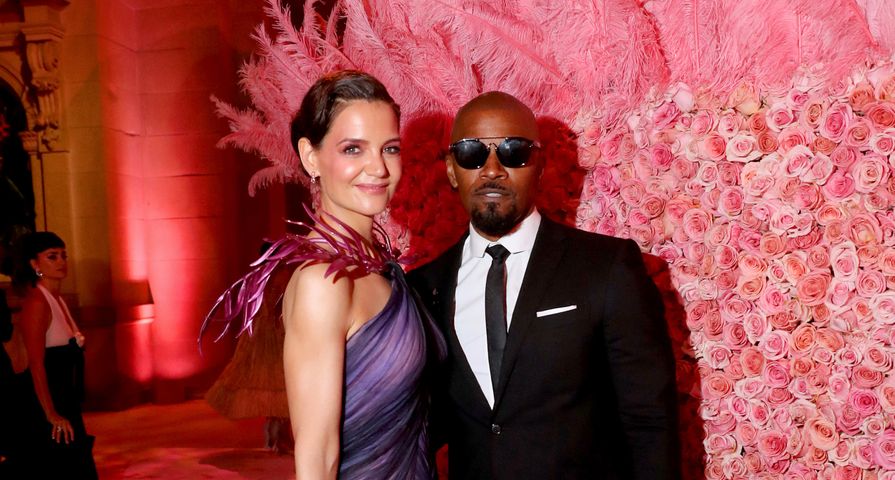 The 2019 Met Gala saw a lot of adorable couples don their craziest outfits together, and for the first time, Jamie Foxx and Katie Holmes posed at a major event together as a couple.

While they still kept their distance by posing separately on the red carpet, inside the event was a different story as they posed for photos in front of the flower wall and in the main Met hall.

With this year’s Metropolitan Museum of Art’s Costume Institute Gala going with the theme of Camp: Notes of Fashion, Holmes actually posed on the red carpet with her dress designer Zac Posen. The custom Posen gown was made of 300 yards of multi-layered hand sewn colored tulle which she matched with a Tyler Ellis Clutch and Lorraine Schwartz jewelry.

“Katie and Jamie see each other as frequently as they can,” a source shared. “They have known each other for years, and both turned out to be great parents, so they also have that in common. They are dedicated to their careers. Plus they give each other space.”